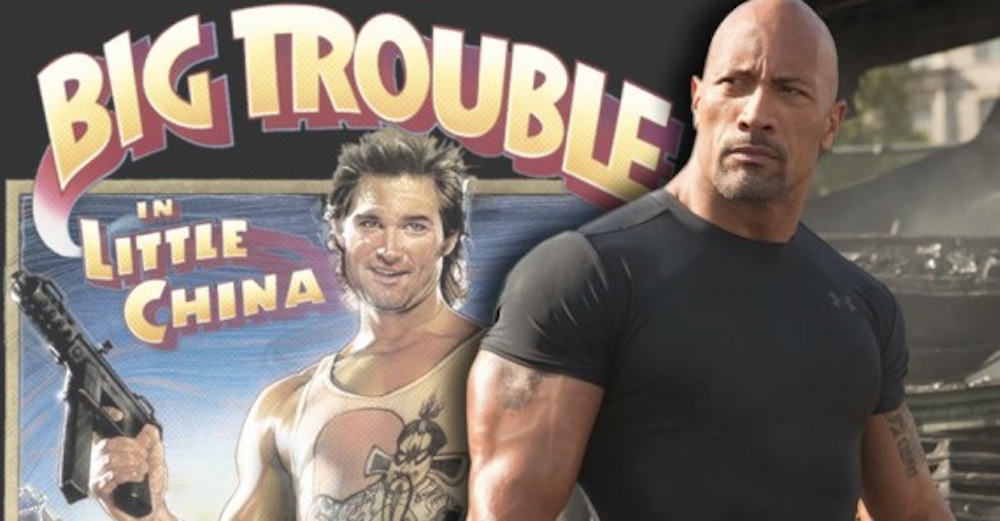 Big Trouble In Little China was another one of my favourite movies growing up so I’m not sure how to feel about this. I don’t really believe in movies being remade but this does sound like it might be better than the Point Break remake which dropped its first trailer last week and I was pretty unhappy about, because The Rock might actually have the charisma to pull it off. On the other hand, he’s not Kurt Russell and the whole thing could completely suck.

It emerged today that The Rock is actually pretty close to remaking the cult classic. He’s in negotiations to produce and star in it and he’s said to be getting pretty close. X-Men: First Class and Thor writers Ashley Miller and Zack Stentz are already on board to write the script (I haven’t seen either of those movies so can’t really talk about their track record) so it would seem that it’s pretty much a foregone conclusion – The Rock’s people were probably just waiting on seeing how much money they could get out of 20th Century Fox following the opening of San Andreas last week. After that smashed it and further reinforced The Rock’s title as the number one grossing actor in Hollywood, it’s probably something like double what it was before.

The Rock might actually do a good job if he’s producing it as well as he said it was one of his favourite movies growing up, but other than Mad Max all of these remakes of classic movies (and that wasn’t technically a remake) seem to completely and utterly suck. Amazingly it was a box office flop when it was first released – only grossing $11 million of a $20 million budget – but became a lot more profitable thanks to its release on video and numerous showings on TV over the years. If you’ve never seen it, check out the original trailer below.