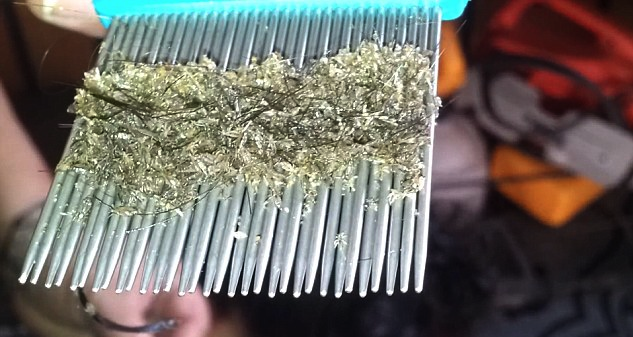 I remember when I was a kid head lice used to be a massive problem – I even got sent home from school once because I had so many – but I kind of figured like they weren’t really a nuisance anymore because you never hear about them anywhere. It’s more likely that having a terrible hairstyle is going to be a problem than getting head lice these days.

Turns out I was massively wrong judging by this video which is absolutely repulsive. It basically shows someone running one of those special metal lice combs through their daughter’s hair and then a massive amount of head lice crawling around on it when it’s released. I don’t know where this girl is going to school but it seems like a safe bet that she definitely got sent home and perhaps even expelled.

However even though this is particularly gross, its nowhere near as gross as this massive worm crawling out of a dead spider’s stomach.