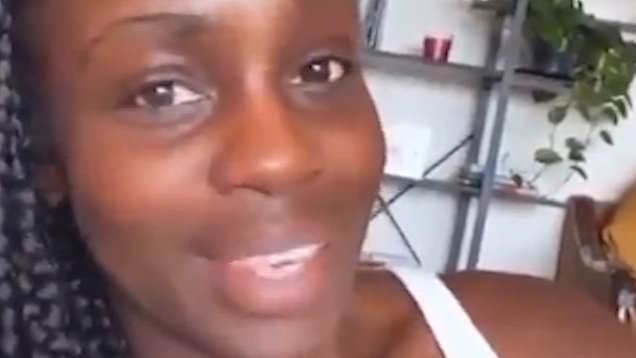 Been a busy week for race relations yet again after it all kicked off on Monday when people were very unhappy about a new Sainsbury’s Christmas advert focussing on a black family and it seems like the general reaction to this has caused Tesco to cut out some black actors from their new advert as well.

Attention was first drawn to this when actress Vanessa Vanderpuye released a statement on her Instagram story – the video of which you can see below – expressing her disappointment that her scene appeared to be cut from the advert:

To be cast as a dark-skinned couple for the new Tesco commercial, I was so excited because I’d never seen that before on UK TV screens.

After three days of seeing the advert screened without me, I came to the conclusion that myself and my co-star had been cut.

You would think it probably had something to do with the Sainsbury’s advert hey? Of course, Tesco have denied this completely and released the following statement attempting to explain their reasoning:

At Tesco, we believe that diversity in our business makes us stronger and our advertising campaigns are designed to represent everyone, showing the breadth of the communities and customers we serve.

Our Food Love Stories campaign has featured many stories from people of all backgrounds.

We were sorry to hear that Vanessa was unhappy with the way our advert was edited, and we immediately reached out to her to explain the reasons and process behind the decision.

The decision to remove Vanessa’s scenes was to do with the storyline of the advert and nothing to do with her race.

Yeah, I’m not really sure if I’m buying that given the close proximity to the Sainsbury’s controversy, but I guess they have to say something like this even if it isn’t really why they did it. Loads of people were tweeting saying that they were going to ditch Sainsbury’s and start shopping at Tesco after the advert so its not exactly surprising they didn’t want to screw that up. Just kinda sad that this was the way they chose to do it.

And does anyone really believe that the storyline featuring the black actors wasn’t good enough for their poxy 30 second advert? Come on guys, although in fairness to them it is a pretty tricky tightrope at the moment as it seems as though you’re damned if you do and damned if you don’t. Really wish it wasn’t like that but I guess that’s 2020 for you. Probably isn’t going away anytime soon either.

For more of the same, check out when this guy tried to fight everyone outside Tesco and forced the supermarket to close. Been a hell of a year for them.