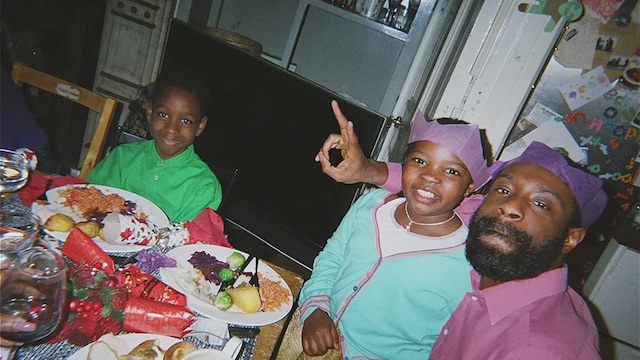 In the past few weeks it seems as though cancel culture has come full circle as more and more seemingly progressive and ‘woke’ takes on certain events are ending up being marked as racist and non-inclusive. Guess they’re getting a taste of their own medicine?

Anyway, the latest of these is Sainsbury’s 2020 Christmas advert which premiered on Saturday and was soon attacked by many people on Twitter and other forms of social media as it only featured a black family and ‘wasn’t representative of the population’. The advert talked about whether the family unit would be able to meet up over the festive period to sample the father’s famous gravy thanks to the Coronavirus situation.

You can take a look at the video below:

Yeah, nothing really out of the ordinary there, right? I suppose the family is black, but I don’t really see anything negative or upsetting or triggering about that? I probably wouldn’t even have commented on it myself, but unfortunately though, a lot of people on Twitter did – check out some of these responses (some courtesy of The Voice Of Colour Instagram account): 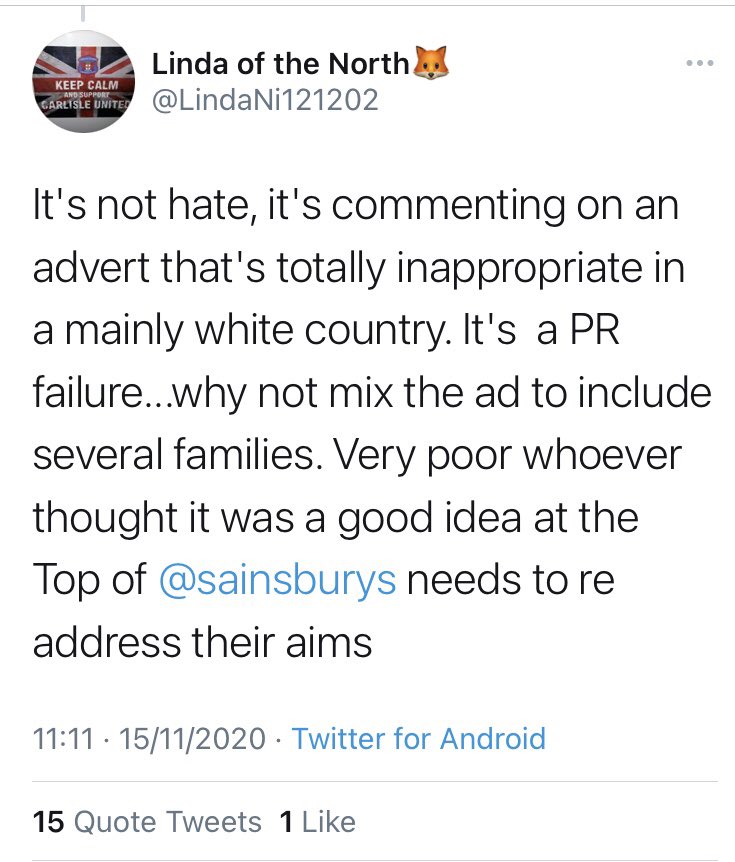 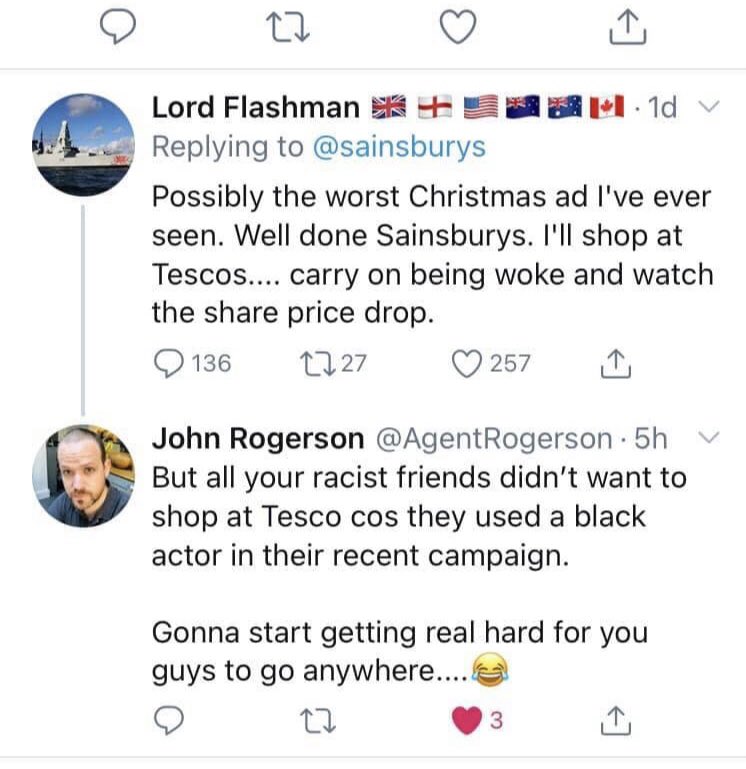 Isn’t the UK supposed to be all about Diversity and Inclusion? Don’t see any of that here. Virtual signalling if ever i’ve seen it! 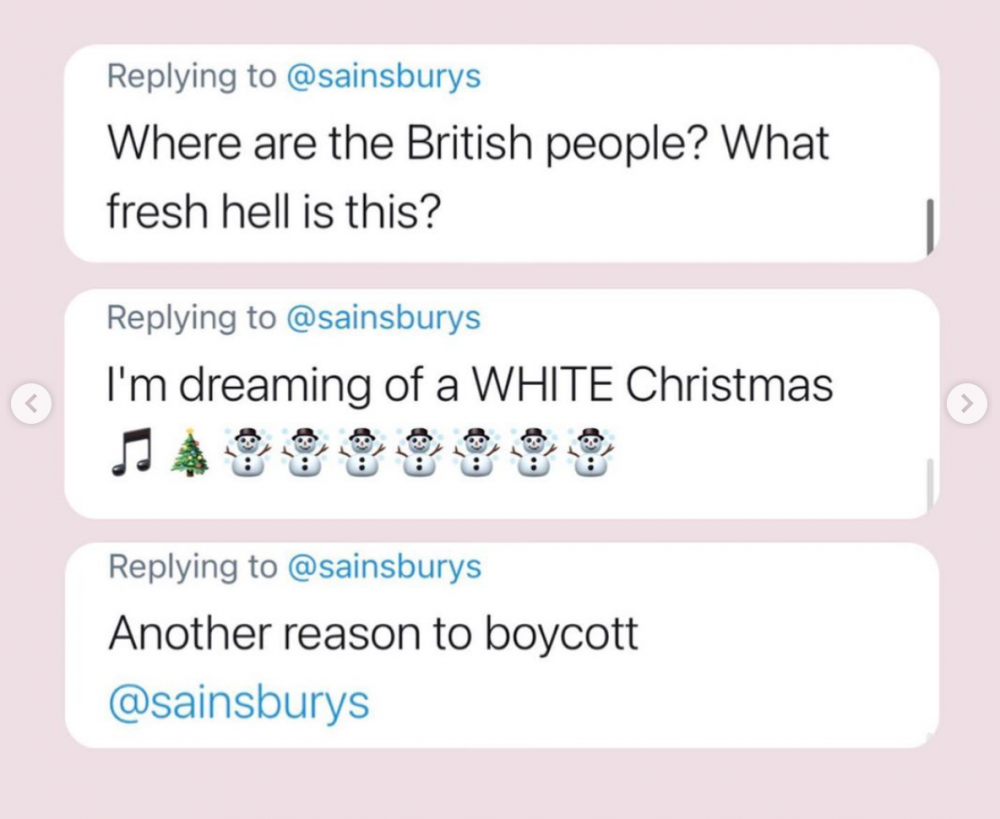 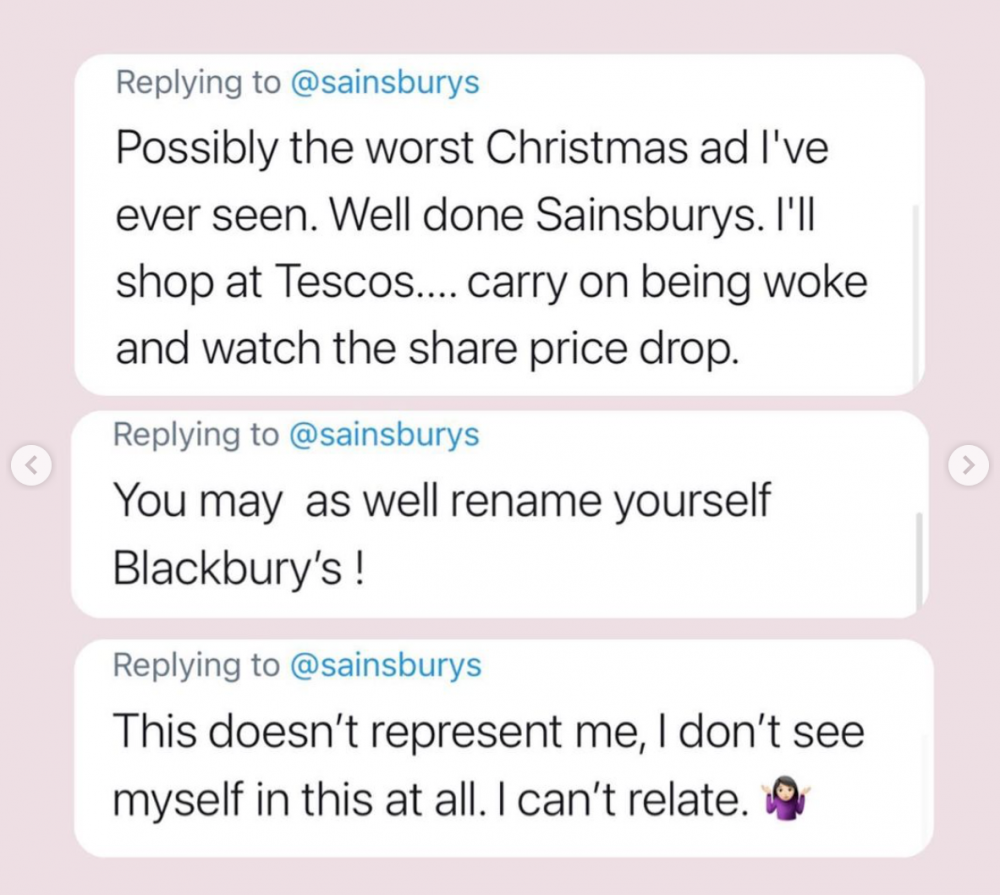 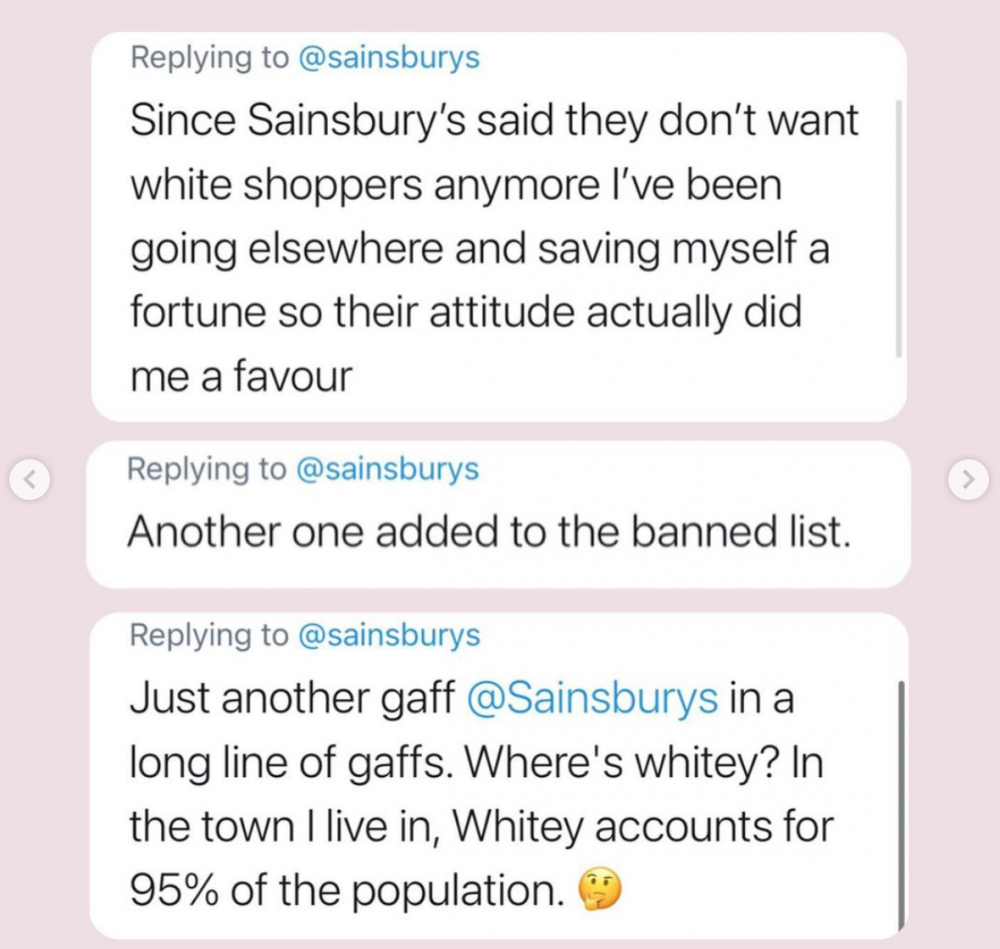 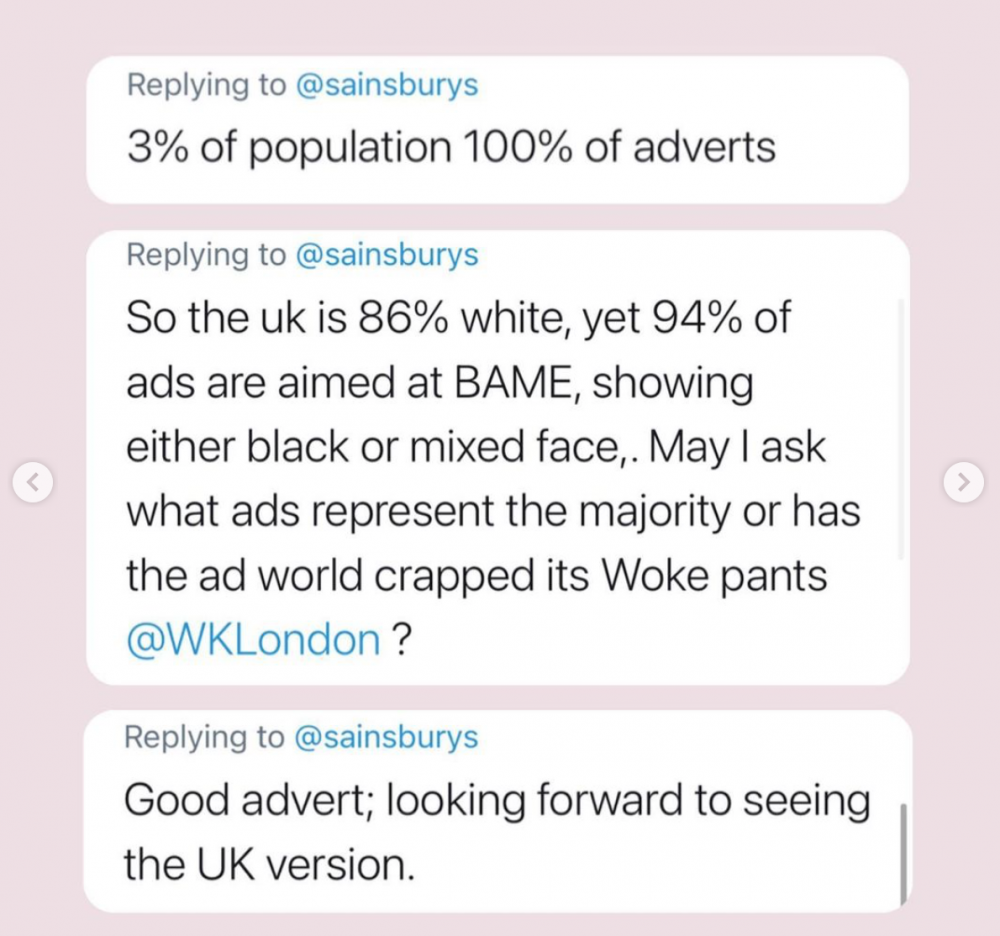 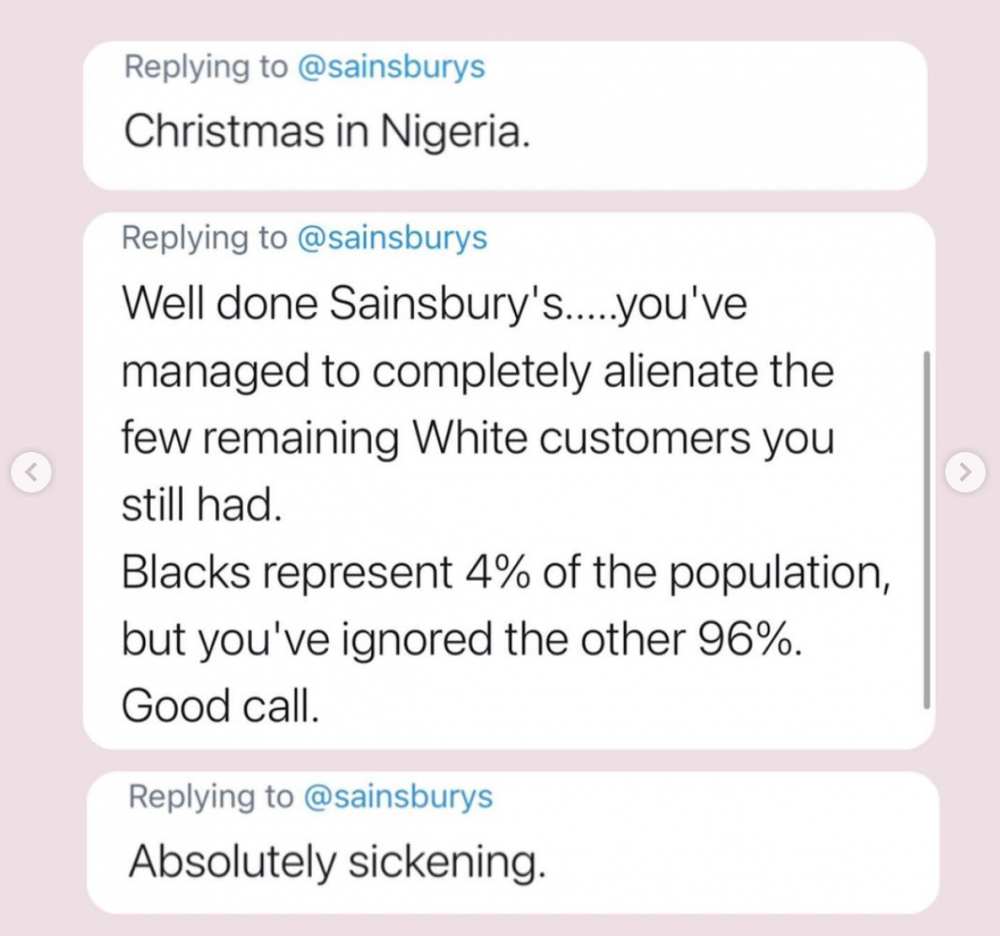 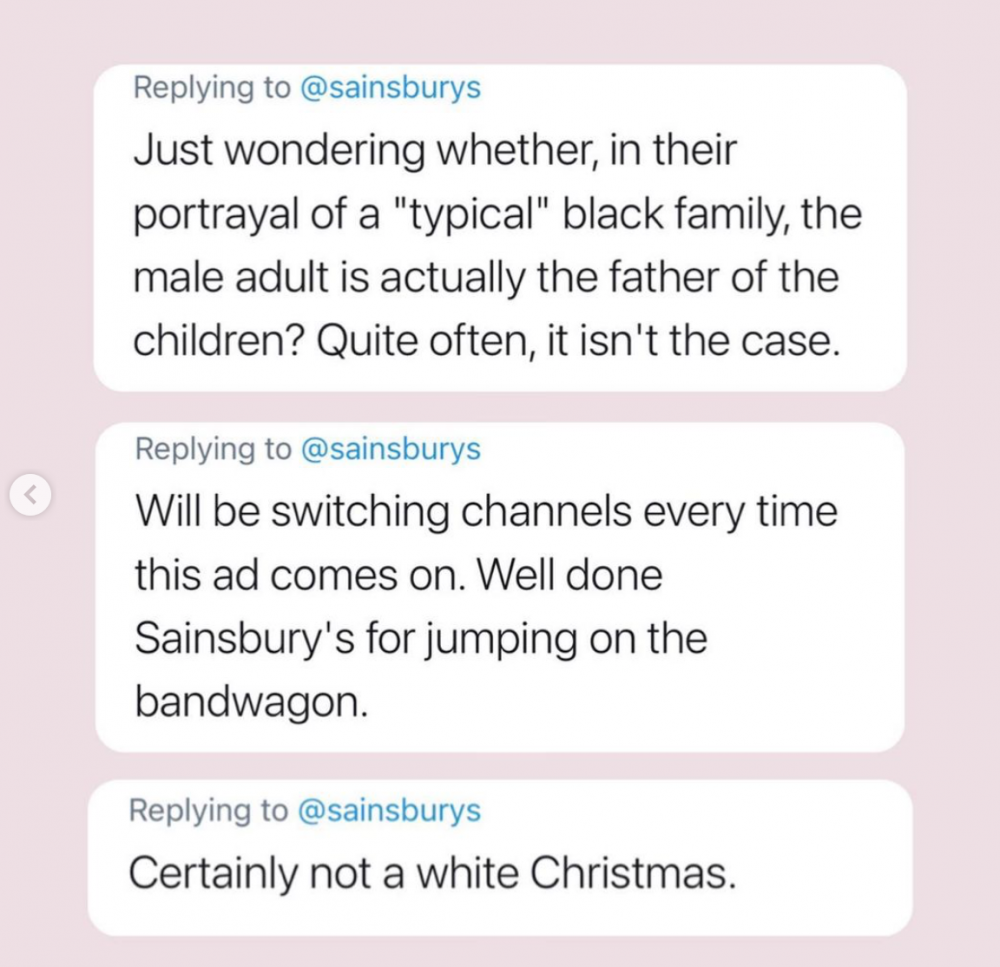 Incredibly, the backlash was so severe that Sainsbury’s felt the need to justify themselves and their choice of protagonist in their advert, saying the following:

At Sainsbury’s, we want to be the most inclusive retailer. That’s why, throughout all our advertising we aim to represent a modern Britain, which has a diverse range of communities. We have three stories of three different families in our advertising. Chris

Wow. So Sainsbury’s already foresaw the backlash and had already produced an all white family advert as well and this debuted yesterday – you can see that above. Strangely there weren’t any complaints regarding that and nobody praised them for being inclusive and showcasing two different ethnicities in their two different adverts so far. Funny that isn’t it?

Wonder how people will react when the third advert drops? Imagine they’ll be outraged even if it’s a super cut of every single ethnicity that lives in this country. Just can’t win these days.

For more of the same, check out when that racist guy Billy Steele got knocked out on the underground. That was funny.