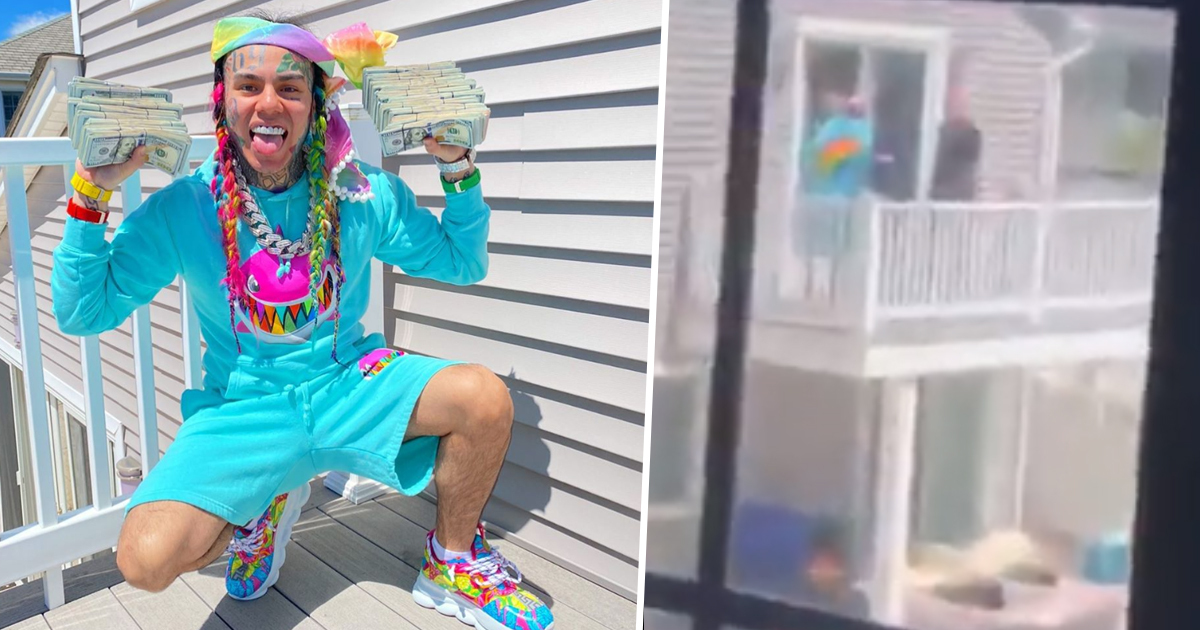 You can run, but you can’t hide.

If you didn’t know, Tekashi 6ix9ine – the rapper who snitched on his criminal buddies after they gang banged his girlfriend – has been released from prison over coronavirus fears and is serving the remainder of his sentence (about 18 months) on house arrest instead.

Well Tekashi had only been ‘home’ (at a secret location) for a couple weeks and they’ve already had to move him out, because a neighbour spotted him on his balcony and revealed his location to the world:

Some girl in Long Island just told the whole world where 6ix9ine lives. She snitched on a snitch 🐀. pic.twitter.com/P1BJgCywH8

Whoops! Now I’m sure the guy has a decent security team protecting him at this address but still, the last thing you want is for someone to actually roll up and drive-by the entire street. So according to TMZ who spoke with Tekashi’s lawyer Lance Lazzaro, the rapper has been relocated elsewhere.

As for the type of shite Tekashi was filming out on that balcony:

I mean this guy is just begging to get shot to death, isn’t he? Imagine a rapper who made a career rapping about how much he hates snitches, only to snitch on all his gang member buddies and then put out videos on social media trolling and laughing in their faces? Dude has massive balls – will give him that.

He’s also managed to release a new music video since being on house arrest, and judging by the views (91 million and counting), it seems Tekashi’s new status as hip hop’s #1 snitch won’t harm his bottom line whatsoever:

Again though, putting himself out there like this and trolling online everyday is surely only going to make his enemies even more keen on coming after him. It’s all well and good being on house arrest while everyone else is also on lockdown and staying indoors, but do you really think Tekashi is going to calm down the act at all, even when life is back to normal? I don’t think so. He better hope his security team knows what they’re doing.

For the massive Tekashi tattoo that his girlfriend got on her tit to show her devotion for him whilst he was in prison, click HERE.