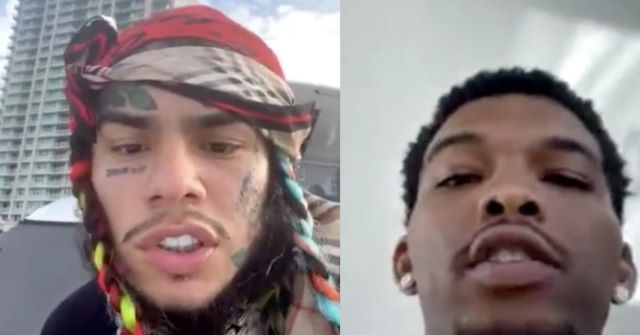 There’s nobody in the entertaintment industry with a bigger death wish than Tekashi 6ix9ine, who has spent every moment since being released from prison picking fights with other rappers while showing off his security detail and boasting about being untouchable.

Having already pissed off Meek Mill and Riff Raff in the space of a week, Tekashi also took to insulting Chicago rapper King Von, who was shot to death at the end of last year. This hasn’t gone down well with Chicago rappers in general, including a guy named ‘600 Breezy’, who interrupted Tekashi’s livestream the other day with a vow to kill him:

Welp, I don’t think Mr 600 Breezy is messing around in that clip. Especially the part where he says he’ll “respectfully” (lol) go to jail if it means wiping Tekashi off the face of this planet. Is there anything more terrifying than someone who hates you so much that they’ll happily go to prison for the pleasure of killing you?

Is 600 Breezy all talk though? Let’s have a gander:

Well OK, a non-violent crime, but I still get the feeling he’s being sincere when he says Tekashi is a dead man walking. Better watch his back in between recording all these ridiculous new music videos IMHO:

The guy is so hated that even the director the new Tekashi 6ix9ine documentary has gone on record calling him a ‘truly horrible human being’. Given everything we know about the guy, it’s hard to disagree.