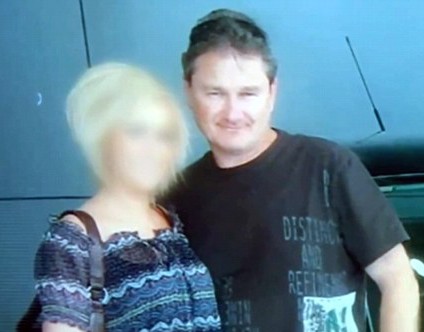 Looks like Gary Baron from Australia had a read of our Top 5 Tips For Winning The National Lottery the other month, because he just landed the AUS$16.6 million (£.8.4.) jackpot as part of a syndicate group he was running at Toll Group couriers.

Only problem is — the rest of the syndicate haven’t seen a penny of it because Gary has gone on the run with all the money.

The 49 year old called in sick to work one day then went to buy a top of the range BMW and luxury house, which obviously got everyone a bit suspicious considering he lived in a shithole previously. Gary insists he won the money with a separate ticket to the syndicate, and he’s willing to take the whole thing to court to ensure he keeps the jackpot to himself. That might be believable, except he initially told a colleague that he received the money through inheritance before changing his story.

The funniest part is the inadvertent troll move that occurred as a result of his win — a courier for the same company he worked for was hired by the lottery people to deliver a celebratory bottle of champagne to him – hence why his inheritance story didn’t check out.

So did Gary really win the jackpot with a separate ticket or is he one of the greediest, most selfish lottery winners who ever lived? You’ve got to be a special breed of arsehole to win that much money with your friends/co-workers and decide not to share it.

The 14 syndicate members believe he owes them more than $1 million each. If he ends up keeping it all, they’ll be hoping he joins this list of the most unfortunate, wasteful lottery winners of all time.