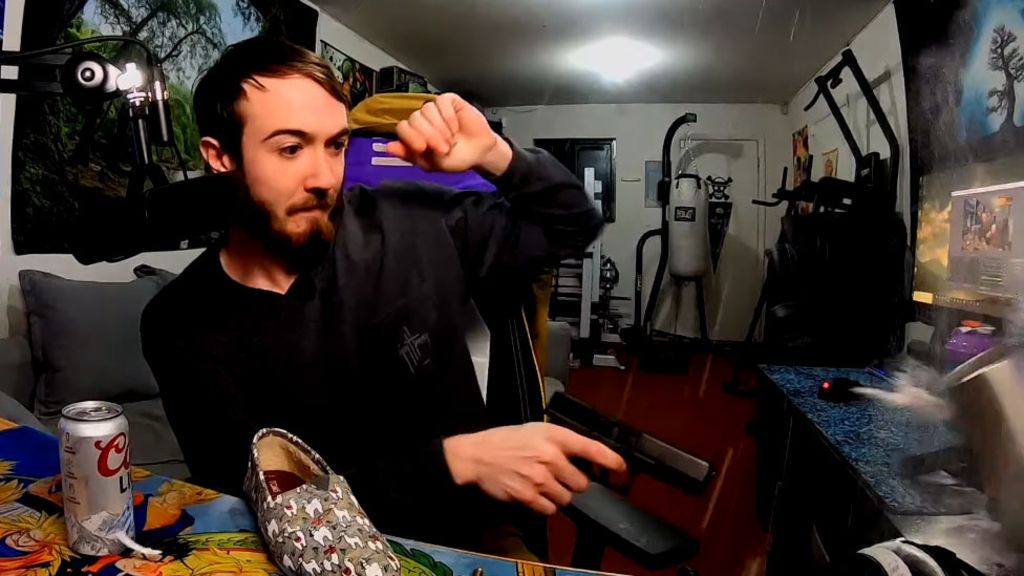 What the hell is going on with the gaming/e-sports community recently?

First we had the world’s #2 FIFA player banned for life for harassing EA and their employees, then we had Brazil’s #1 gamer girl jailed for 116 years, and now we’ve got this idiot accidentally firing a gun on live-stream.

Carl Reimer thought he had emptied the bullets from his Glock pistol while brandishing it to his audience – until this happened:

Whoops! The result? Carl has been banned from Twitch (he had 100,000+ followers) and dropped by his e-sports team:

We do not condone the actions on livestream by Carl last night. He has been removed from the SoaR Gaming roster effective immediately.

It’s a mistake, but it’s a mistake that could have cost somebody their life. I’m so broken about this.

I made my biggest mistake of my entire life last night, and it could ruin my life.

I’m not in SoaR anymore, and that is rightfully so. I hope you guys know I have no hatred toward them or anything like that. They did what they needed to do because I’m an idiot.

Fair play to the guy for taking full responsibility and accepting his punishment. He claims to have streamed every day for the last 4 years and made his living from it, so it’s a real bummer for him. Not sure why he’s even got a loaded gun on his PC desk but I guess it doesn’t matter. Playing with a gun while drunk is stupid enough, but to do it on live-stream? Like he says – he can’t really complain about the punishment.

For more positive gaming news, the new ‘Streets of Rage 4’ trailer is out – and this time it has four-player mode.