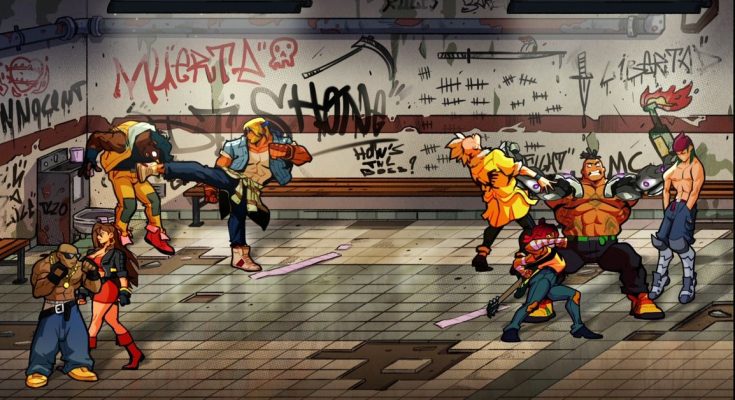 We’ve been following the development of ‘Streets Of Rage 4′ for what seems like at least over a year, which really does beg the question of how big they’re making it because surely it can’t be that difficult to make a sideways scrolling beat ’em up in this day and age once you have the basic programming down?

Anyway, regardless of that the latest trailer has revealed an update that anyone who has ever played a sideways scrolling beat ’em up is going to go absolutely crazy for: an online two player mode and a four player local mode. That basically means that you invite all your buddies around and then just sit there bashing buttons and beating people up for the next four (five? six? ten?) hours until the game is beat and it’s a whole load of fun, trust me.

This new trailer also introduces a character called Floyd Iraia who appears to have a giant cybernetic arm and looks a bit like Jax from the ‘Mortal Kombat’ franchise. Take a look at it below:

Yep, that looks like it’s going to be a lot of fun and that one night of four player action is going to be killer, trust me. The game is allegedly released later this year – they’ve been saying that for so long though I’m not sure who to believe – and will be available across all the popular formats you could ask for. Just gotta get those extra pads now.

For more of the same, check out this game called Paprium that came out a couple of years ago. Pretty good.