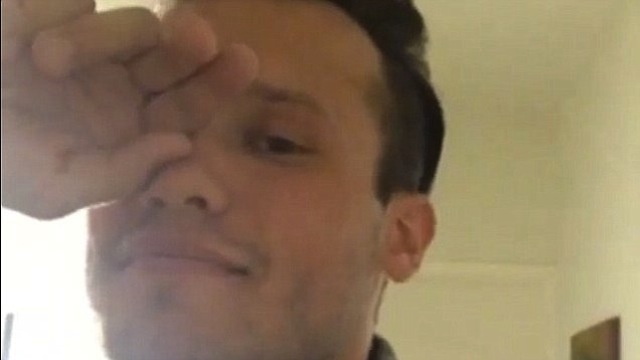 This man sent an unsolicited and extremely cringe selfie video to a girl he had just served in Starbucks. She proceeded to stick it online and send it viral.

Last Tuesday a girl named Piper Kennedy “reluctantly” gave her phone number to a very insistent dude named Brody after he served her in Starbucks in LA.

â˜› Read Next: The 2013 Comprehensive Guide To The Dick Pic

The following day Brody sent her a 15-second Instagram video in which he’s got Drake’s “Hold On, We’re Going Home” playing in the background while he (ironically? not sure) gives it the Blue Steel and Magnum pout faces, even sensually brushing his hand across his face and generally behaving like someone who’s begging to be strangled. Again, not sure if the guy is just taking the mick or being serious but it’s hardly the sort of thing you’d send as a first message to someone you just met.

Anyway, Piper’s friend DJ Ben Roc posted the video to his own Instagram and sent it viral, and now Brody is forever known on the Internets as #StarbucksDrakeHands Guy.

â˜› Read Next: Guy Sends Dick Pic To Girl On Dating App, She Forwards It To His Mum