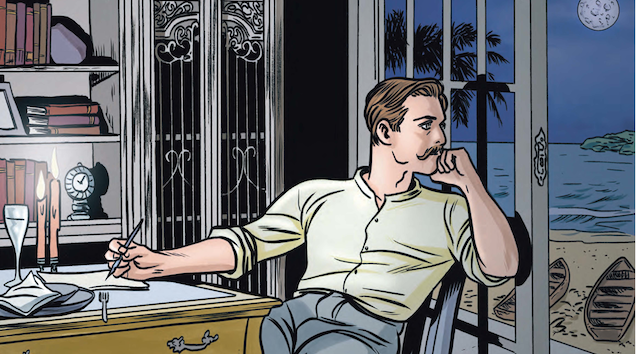 The graphic novel is fast becoming one of the most popular forms of communication.

If you recently read my preview of the Fight Club 2 graphic novel, then you’ll know that I’m a big fan of the graphic novel and that I don’t really think that there’s any better medium of storytelling than them right now, so it’s with great pleasure that I bring you news of BACARDÃ’s new graphic novel venture which tells the story of BACARDÃ in the format.

Not only that, but BACARDÃ have got two of the actual hottest creators in the business to work on it in Warren Ellis and Mike Allred. If you’re not interested in graphic novels then you probably have no idea who these guys are, but Warren is responsible for some of the most influential and important stories of the last 20 years, including independent industry heavyweights Transmetropolitan and Planetary, as well as short yet incredibly important runs on books like Iron Man, Wolverine and Moon Knight. He also wrote Red – about retired spies – which you might have seen down your local cinema with Bruce Willis and John Malkovich.

Allred too is a big name, having been involved with graphic novels since 1992 and having worked on . He’s also regularly been nominated and won prestigious comics awards such as the Eisners and the Harveys, so it’s safe to say that BACARDÃ haven’t really pulled any punches when assembling the team for this graphic novel.

You can watch a promo video for the novel featuring both the creators below:

As you may have gleaned from the video, the story behind BACARDÃ is a lot more entertaining than you might think. It deals with the origins of the BacardÃ­ family and company back in Cuba at the end of the 1800s, focusing on Emilio BacardÃ­ – the son of founder Don Facundo BacardÃ­ Masso – and his tireless work for Cuban independence from Spain during this time.

He’s described as the perfect protagonist by Ellis as he never gave up on his dream despite being repeatedly jailed and exiled from Cuba in this period. Emilio eventually became the first freely elected mayor of Santiago de Cuba. The novel also touches on some of the other adversity faced by the BacardÃ­ family, including a fire that ravaged their distillery and an earthquake that destroyed their city, so as you can probably tell it’s a pretty dramatic story and one that will be great to drop in next time someone brings a bottle of BACARDÃ to a party you’re at.

Here’s Chapter 6 of the graphic novel. For the next chapter click here and to enjoy the full story, click: BACARDI.COM/SPIRITOFBACARDI 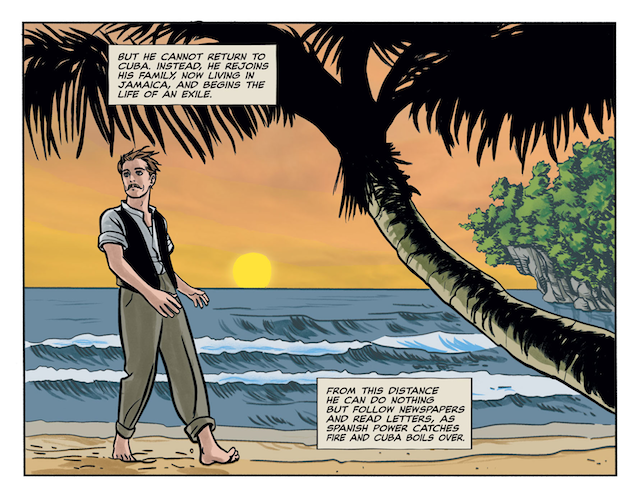