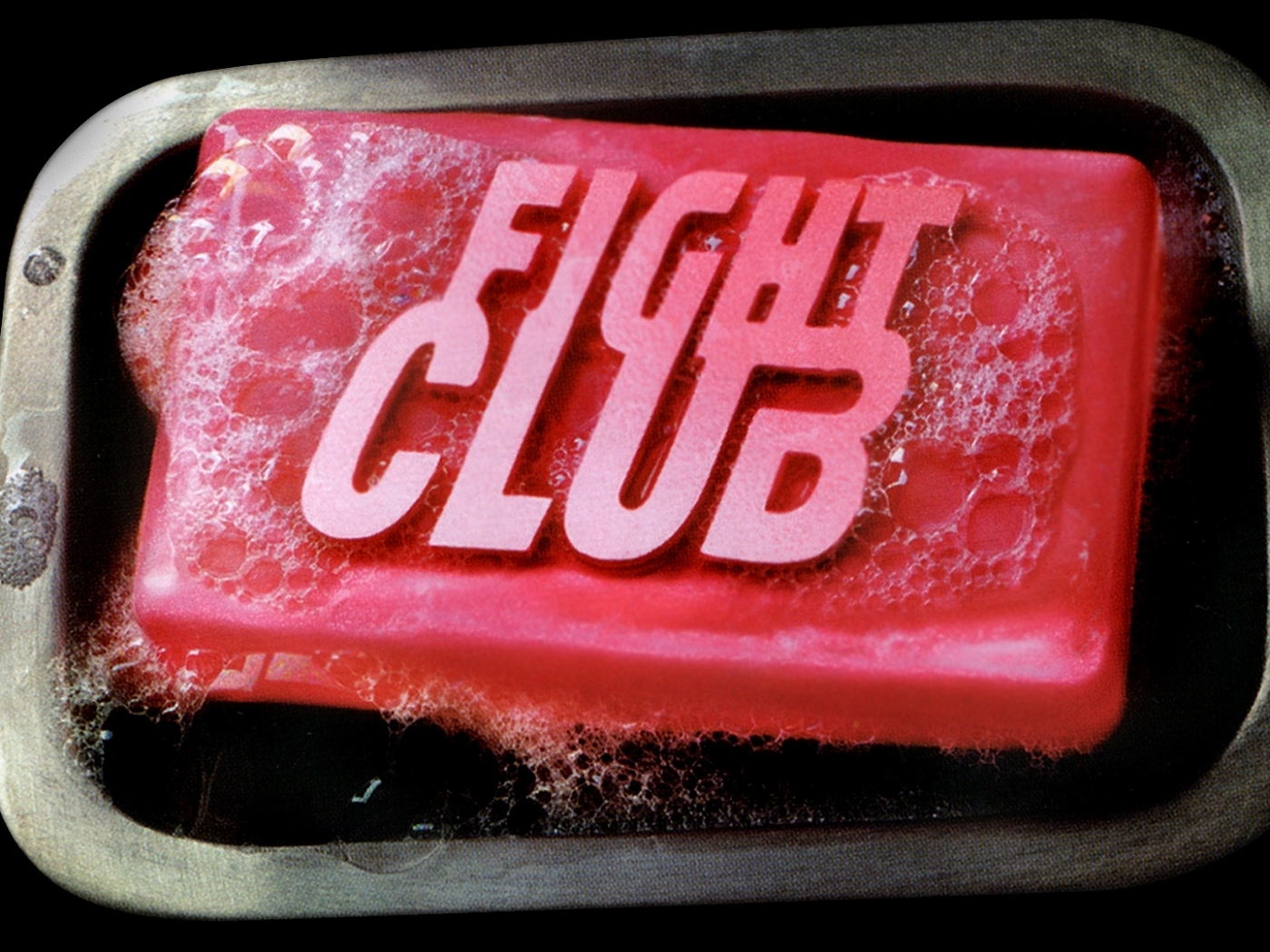 It’s going to be a ten page maxi series published by Dark Horse, coming out in April 2015.

We first heard about the rumoured Fight Club sequel back at Comic Con around this time last year, and then some more details about the plot came out in November last year, but today the official announcement has dropped and everything seems much clearer. We’re going to talk about it, OK?

It’s going to be a ten issue ‘maxi series’ from Dark Horse debuting next April and the artwork is going to come from Cameron Stewart, who I haven’t actually heard of but apparently is a pretty big deal over at DC (I’m more of a Marvel guy) and has won an Eisner Award, which is pretty much the biggest honour you can win in comic books.

Whoever Stewart may be, he sounds pretty enthused about the project and how good it’s going to be, if this sound byte is anything to go by anyway:

‘When I was reading it — the first few issues are great, and maybe they would go along the lines of what you would expect for a sequel. Then it goes off the rails. I was like, “Oh, my God! I can’t believe the book is going in this way.” It’s really absolutely what no one is going to expect in a really positive way. It’s going to be baffling for a lot of people, it’s going to be really interesting to see what the reaction is, and I don’t want to spoil that reaction.’

The first promo image from the series has been released too, which you can see below and seems to imply that the narrator – now going by the name Sebastian – and Marla have got married and Marla is knocked up and neither of them are too happy about it. It’s supposed to be Tyler Durden in the stained glass, because they can’t make him look like Brad Pitt because of legal reasons and in the original novel he actually had long hair. 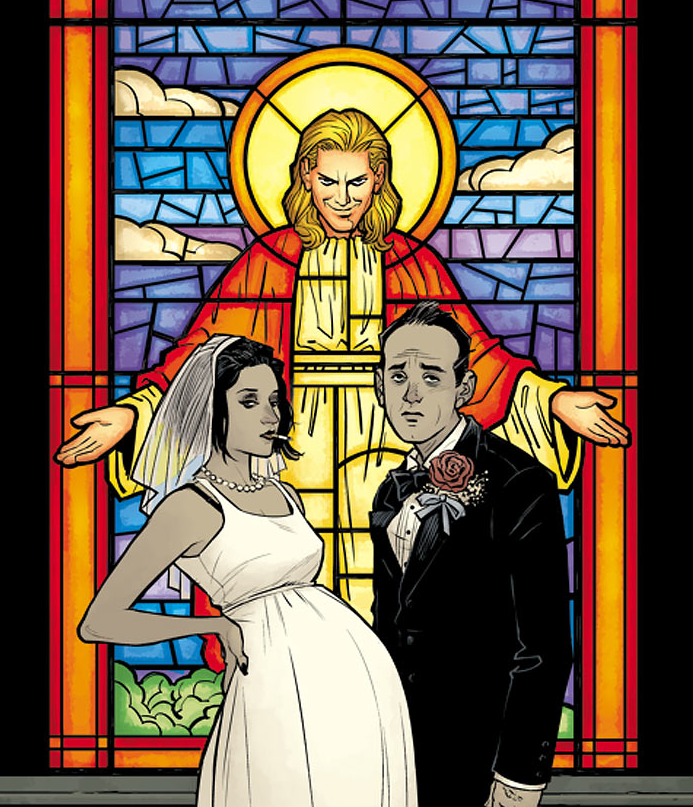 Chuck Palahniuk has also released some more details about the plot, offering the following tidbits (taken from USA Today, yuck):

‘Fight Club 2 takes place alternately in the future and the past. It picks up a decade after the ending of his original book, where the protagonist is married to equally problematic Marla Singer and has a 9-year-old son named Junior, though the narrator is failing his son in the same way his dad failed him.

‘At the same time, Palahniuk says readers will have an idea of Tyler’s true origins – Tyler is something that maybe has been around for centuries and is not just this aberration that’s popped into his mind.’

‘Palahniuk brings back most of the characters in the first book as well as the organization Project Mayhem, which still has its hooks in the narrator as he has to save his boy when the youngster’s life is in peril.

‘There is one fight club in the book that the narrator attends to relive the good old days. It is not a knockout of an idea. He tries to go back and reclaim that phase of his life, and is just a pathetic failure. He’s not that person anymore. But beyond that, it’s what the organization has grown into in his absence and what he’s pulled back into.’

Sounds pretty good right? I’m sure most people will probably be annoyed it’s coming out in comic book form but I can’t hide the fact that I absolutely love that. If you’re not into comic books though I would recommend waiting for the graphic novel collected format to come out sometime in 2016, because you aren’t going to like thos monthly waits between issues at all.