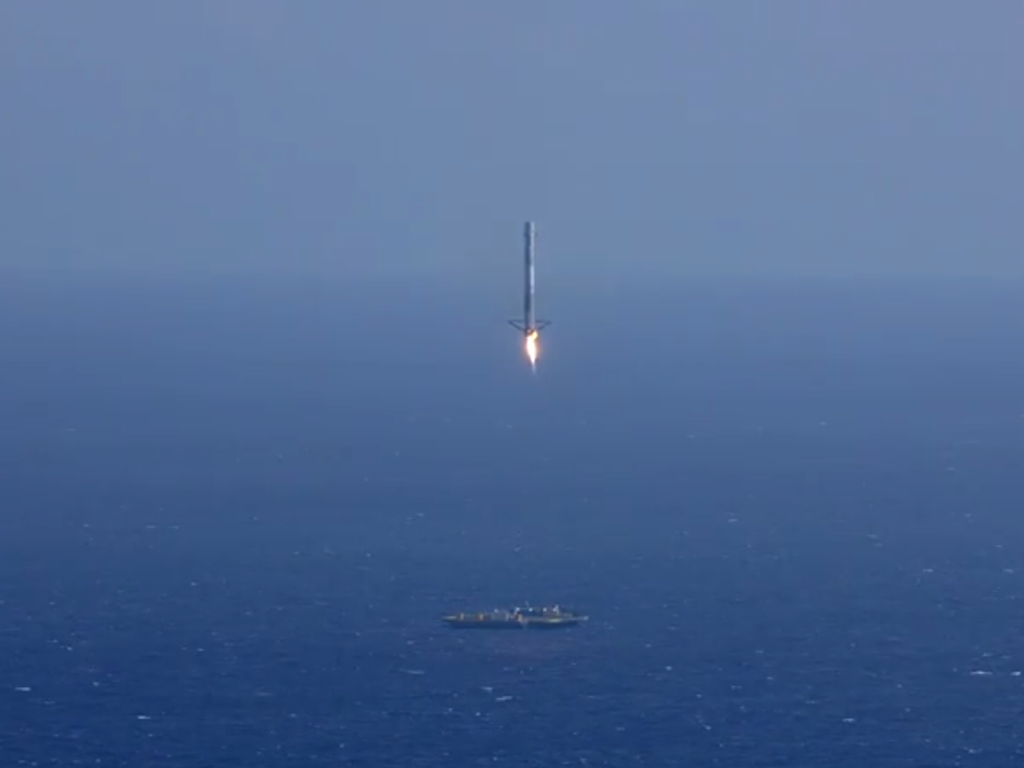 I can not believe that they even NEARLY managed to pull this manoeuvre off.

Normally when you send a rocket into space, the first stage with all the fire-power has to be jettisoned off into the ocean once its fuel is exhausted. This is obviously a massive waste of money, and in a perfect world the powerful rocket base would be kept in working order.

SpaceX are currently trying to perfect a rocket which can land vertically on terra firma to be used another day. The video below shows one of these attempts. The Falcon 9 rocket is filmed returning tentatively back to earth… well, a barge in the ocean.

Incredibly this 14-storey-tall rocket not only descends at an agreeable speed, it is also right on the money as far as aim is concerned. Unfortunately, a slight wobble at the end causes an all-mighty mother of a boom.

Am I the only person who’s never seen a rocket flying backwards before? It’s proper nuts isn’t it?