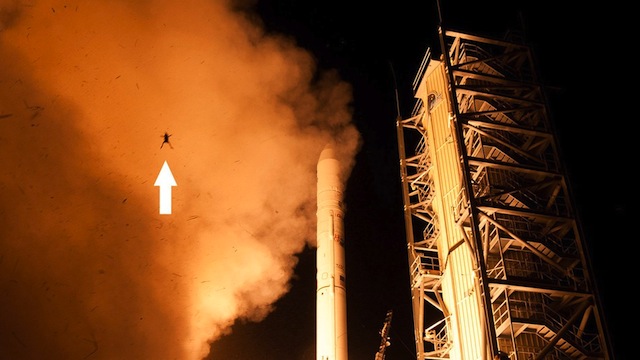 This little critter was in the wrong place at the wrong time and ended up photobombing NASA’s rocket launch last week.

NASA’s photographers were taking loads of snaps as their LADEE orbiter was launched to the moon last week, and they’ve just realised that one of the pics was photobombed by what appears to be an airborne frog. Naturally there were question marks over the authenticity of the photo but a NASA spokesperson confirmed it was completely real:

“The photo team confirms the frog is real and was captured in a single frame by one of the remote cameras used to photograph the launch”, they said.

There’s no word on the frog’s condition, but it’s very likely he’s croaked. What a way to go: 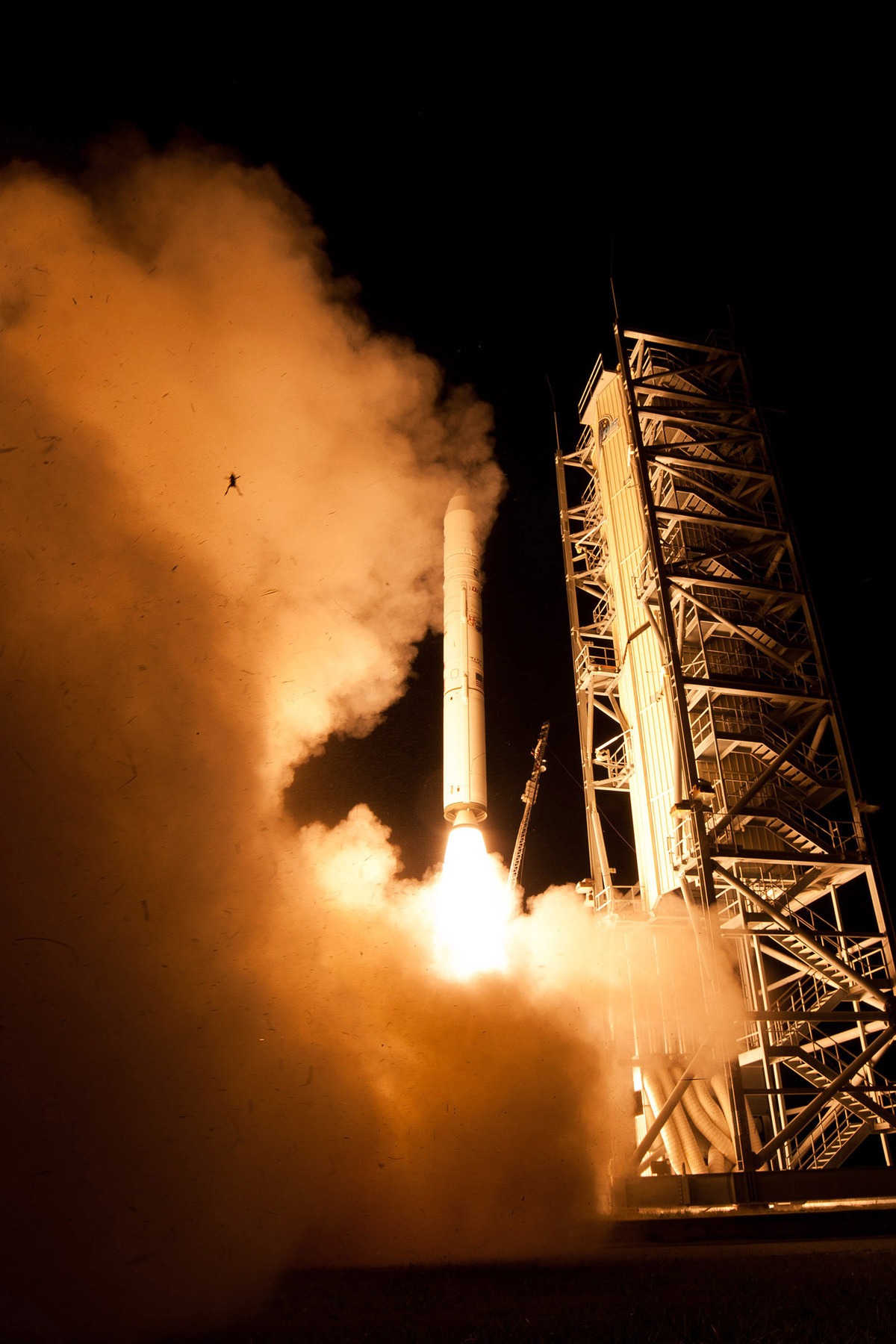