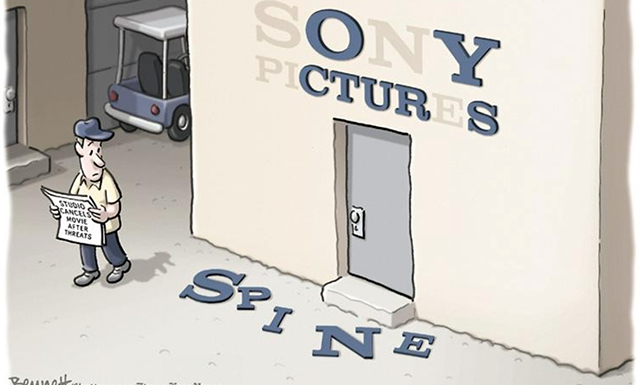 North Korea still has e-mails they haven’t leaked yet, and you know Sony must be absolutely bricking it at the prospect of more serious/controversial correspondence finding its way into the public eye. If ‘David O Russell molests transgender niece‘ and ‘Hollywood producers talk crap about Angelina Jolie‘ are among the first things they release, then imagine the stuff they haven’t released. Sony cancelling ‘The Interview’ has a lot more to do with that than any terrorist threat, that’s what we think.

Still, that didn’t stop this cartoonist from summing up how the whole world feels about Sony right now in one single cartoon. Just absolutely roasting them in one single drawing. Kind of thing that makes you wish you could draw cartoons. Bravo: 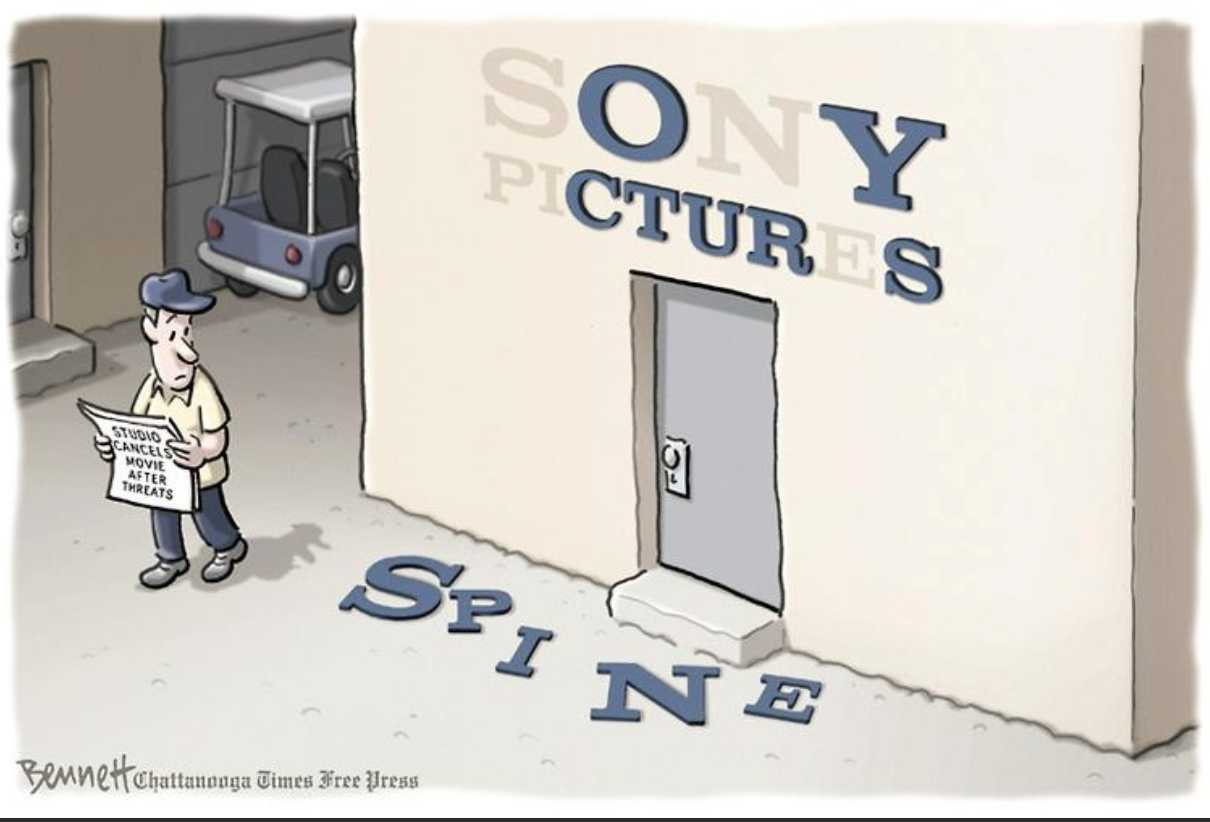