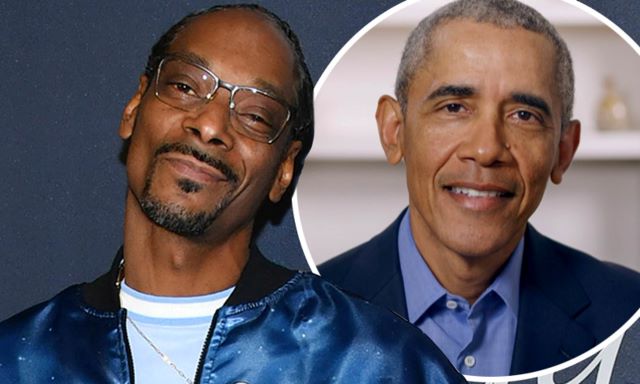 Have a feeling this is true.

Snoop Dogg’s 18th studio album – From Tha Streets To Tha Suits – has dropped, and on one track the West Coast legend suggests he smoked weed with former President Barack Obama in the White House.

Snoop opens his second verse on ‘Gang Signs’ by rapping:

According to HipHopDX, there could  be some truth to these claims because a 2014 article from The Washington Post reported that Snoop Dogg had allegedly smoked weed at the White House. Snoop also confirmed during an appearance on Jimmy Kimmel Live! that he has in fact smoked in a White House bathroom.

Obama had also written in his 1995 book ‘Dreams From My Father’:

Pot had helped, and booze, maybe a little blow if you can afford it.

When asked by an interview in 2006 whether he had ‘inhaled’ when smoking weed, Obama replied “that was the point”. Not to mention that time Obama’s ex claimed he was big into drugs, cheated on Michelle and was an absolute animal in bed.

Also, let’s not forget… Snoop Dogg has the ability to get pretty much anyone to smoke with him:

Let’s be real here – you’d have to be a complete wet wipe to turn down a toke on a zoot from Snoop Dogg, right? It’d be like turning down a smoke with Bob Marley or a pint with Paul Gascoigne or something. It’s just not something you can really say no to. With that in mind – if Snoop Dogg asked Obama to smoke with him, there’s an 100% chance Obama said yes. And in the White House too? What a story!

Big up Snoop for dropping album #18 also. Guy is 49 years old and still on top of the world. What an unbelievable career this guy has had. Remember the Snoop Lion days? Lol.

For the time Snoop smoked so much weed that he thought a Photoshopped picture of himself with Kurt Cobain was real, click HERE.