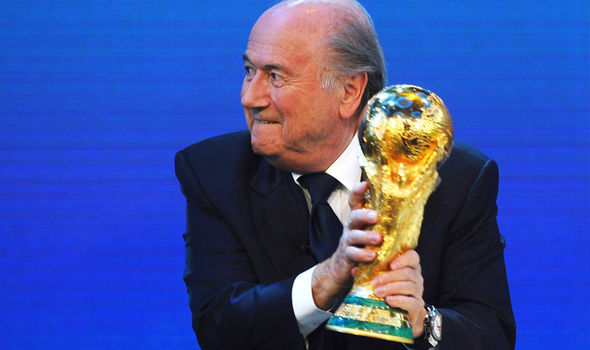 Sepp Blatter is on his way to becoming the greatest villain who ever lived.

Despite the fact he “resigned” a few months back, and was given a memorable sending off when Lee Nelson threw money in his face, Sepp Blatter has now figured out a new tactic to remain FIFA president — just refuse to step down. Easy.

Blatter told staff this week he has done “nothing illegal or improper” and so has no immediate plans to step down.

He was back at FIFA HQ after being interrogated by Swiss investigators over his dodgy dealings, but was expected to hand over power in February after his resignation statement earlier in the year.

It seems he’s had a change of heart though and gone into full on villain mode by simply refusing to quit.

President Blatter spoke to FIFA staff today and informed the staff that he was cooperating with the authorities, reiterated that he had done nothing illegal or improper and stated that he would remain as president of FIFA. 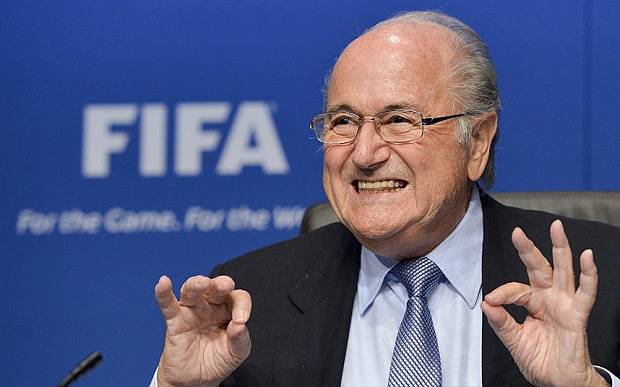 Kim Jong-un, Vladimir Putin, Ron Pickering, Sepp Blatter… some people are just born to play the bad guy. Oh what’s that? People want to investigate the most powerful man in football for corruption? Too bad the only person that can fire Sepp Blatter is Sepp Blatter, who just so happens to think that Sepp Blatter has done nothing wrong. Never mind all those bribes or the fact we’re all going to roast to death at the 2022 World Cup in Qatar – Sepp Blatter gave Sepp Blatter the green light, so everything’s above board.

Absolutely outrageous of him to even consider remaining in power, but on some level you have to appreciate that this guy makes an A+ villain.

While we’re on the subject of football villains, here’s 10 of them we’d like to punch in the face.