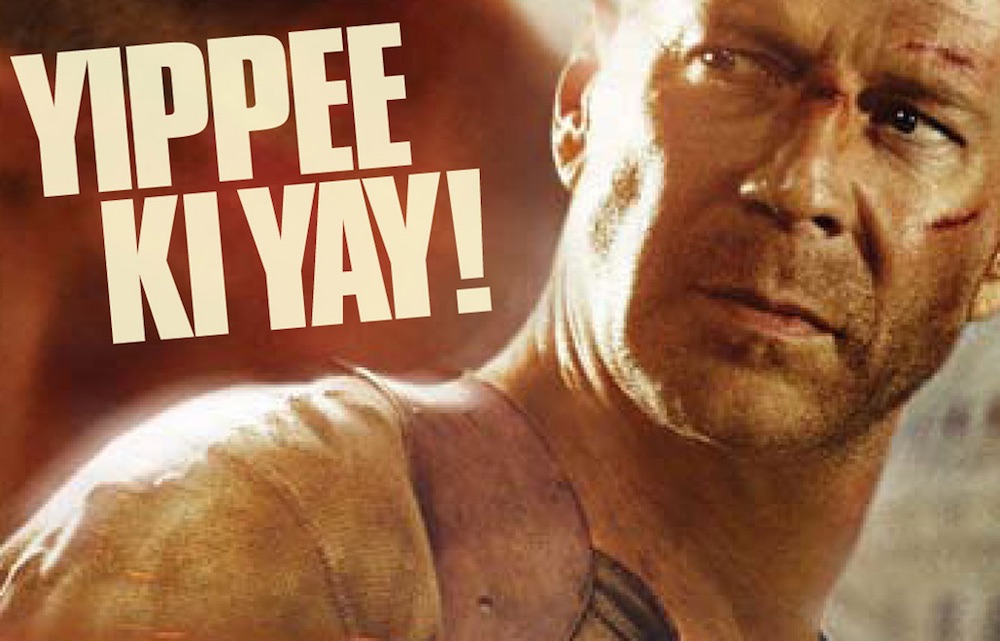 Please take a look at this Bruce Willis.

It was announced fairly recently that we would be ‘treated’ to a new instalment in the Die Hard franchise in the next couple of years, although given how bad the last movie was most people weren’t that excited by the prospect.

It got even worse when it was revealed that it would be some kind of concurrent flashback movie featuring John McClane now and when he was first starting out as a cop on the beat back in the 1970s. God, that sounds weak just typing it.

Although the premise does sound terrible, one Hollywood screenwriter named Eric D. Wilkinson took it upon himself to try and save the franchise by devising his own idea for the story and taking out a full page ad in The Hollywood Reporter to try and get the attention of Bruce Willis and producers Lorenzo di BonaVentura and Len Wiseman. His idea isn’t half bad either:

If you can’t be bothered to read all that  – trust us though it’s kind of worth it – then here’s a synopsis lifted from The AV Club:

It opens with a 60-year-old McClane being shipped off to a federal prison for reasons the audience doesn’t know yet.

It then flashes back to the ‘70s, where young McClane is investigating the murder of a little boy.

Because of his propensity for breaking the rules, McClane accidentally lets his only suspect get away, and the trail goes cold.

Fast forward 34 years, and while McClane is in Russia during the events of A Good Day To Die Hard, the body of that suspect is discovered along with DNA evidence pointing to–dun dun dun–John McClane.

Upon returning to the U.S., McClane is arrested and convicted of the murder, at which point he’s sent to a huge prison full of super-criminals–most notably a pair of Middle-Eastern terrorists.

McClane’s wife then finds some evidence that proves he didn’t do it, but when she goes to the prison to show it to him, a riot breaks out and the prison goes on lockdown.

Eventually, the rioters take over the prison and capture a bunch of hostages, at which point it’s revealed that the riot was part of a scheme to break the terrorists out so they could pull off some kind of attack in New York.

This is where it gets good, so we’ll just quote Wilkinson’s whole line: “However, the one thing [the] terrorists didn’t count on was the one man who is always in the wrong place at the wrong time…and when it comes to John McClane, old habits die hard.” 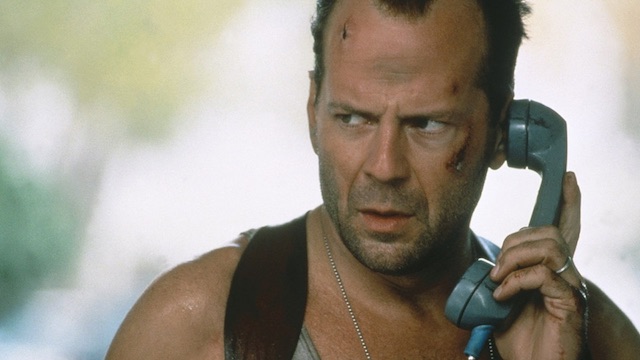 It’s also called Die Hard: Year One – which is definitely a better title than Die Hard 6. But hey, in all seriousness that doesn’t sound like too bad an idea does it, although it would be cooler if the terrorists were somehow linked back to the murder of the little boy which started all of this. I’m sure Wilkinson has something up his sleeve for that though too.

I doubt that this movie will ever get made, but you have to admire Wilkinson’s propensity to getting his idea out there and getting it scene so mad props to him for that. Hopefully it will get shared enough on the internet that Willis and the men in charge will see it and do something with it, but I won’t hold my breath. I won’t be holding it that the next Die Hard will be better than that last piece of crap either.

You can still reminisce on the good old days though with this song about the first four Die Hard movies though which is actually pretty good.