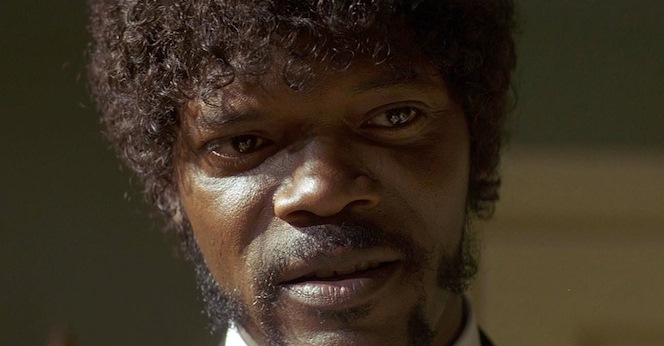 If anything’s going to put you in the mood to strap a big fat doobie (using your Sick Chirpse Rizla) and watch Pulp Fiction it’s this video of Samuel L. Jackson playing Bryan Cranston’s Walter White (more like Walter Black) from Breaking Bad.

â˜› Next: Samuel L. Jackson Sings Taylor Swift’s ‘We Are Never Getting Back Together’

As part of his efforts to raise money for the Alzheimer’s Association, Jackson is recording a different popular monologue for every time a fundraising milestone is reached (this was $155,000 raised). It’s a lovely gesture for a horrible disease and overall it’s an awesome thing but we just don’t think he gave this performance his all. Where’s the menace and intensity of Bryan Cranston? The arrogance with which he lays down the law? Samuel kind of mailed this one in. We’ve included the original version so you can see it done a million times better.

â˜› Bad: Really Gross Video And Infographic Showing Before And After Pictures Of Meth Addicts

â˜› Roll Up An L For Samuel: Samuel L. Jackson Endorses A Strain Of Weed Called ‘The Hulk’