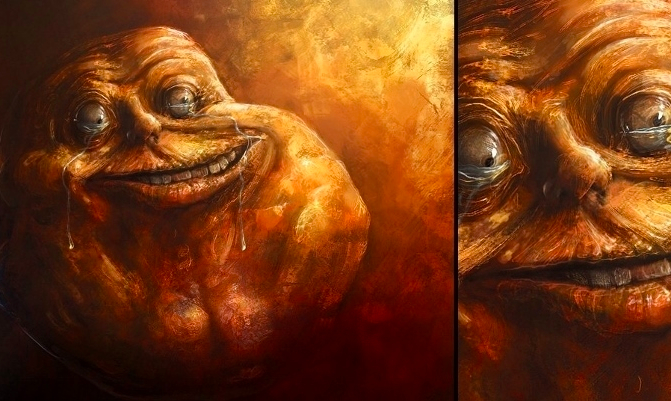 Sam Spratt is a totally sick artist who’s come up with his own interpretation of internet memes. Check it out, the stuff’s a whole new level of digital art. 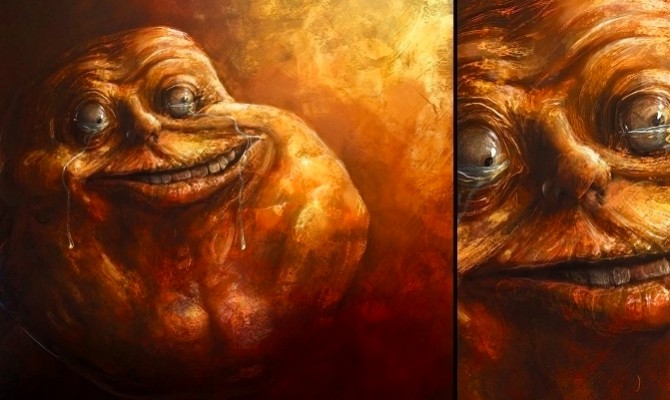 Internet memes are like that ex-girlfriend who shouldn’t have got away, but did. At the time when she tells you: ‘I think we should have a break’ (she’s shagging that guy in the office who she tells you about all the time), or ‘It’s not you, babe, it’s me’ (she’s bored of your tedious conversation) or ‘Your cock isn’t fulfilling enough anymore’ (That’s the last of the puns, I promise) all you wanna do is go out and get smashed and hate her until you die or at least until you neck her when you’re both pissed as fuck down the local for your cousin’s brother’s sister’s father’s son-in-law’s birthday who just so happens to be good friends with your ex-missus and you get back together and all’s good until you catch her fingering herself over a picture of Brian Blessed and then you smack her in the tits and leave.

â˜› What If This Happened To Your Ex-Missus?: Don’t Look At My Girlfriend – Prank

So, yeah, internet memes. You hate them but love them at the same time, just like that ex-missus. Oh, c’mon, you know what I’m on about. You tell everyone you hate her and don’t want shit to do with her but if she knocked your door at this precise moment and started necking you there’s no way you’d push her off. You’d pull your shorts down and get on with the job. Because you’re a walkover. Because your blue balls are weighing you down and getting really sore from being dragged on the pavement all day.

Meme: I love you. Meme: fuck off. But when meme does indeed open the door and disappear into the darkness, you feel a never-ending kinda sadness and you just have to see meme again, anyway, anywhere and anyhow. Just like that ex-missus, you sap. I can’t remember the first time I saw a meme but they seem to have been around forever and you can’t troll your way through the internet without stepping on a stinking wet, steaming, fly-ridden meme just like you can’t walk down the street without stepping in a bulging dog turd. Perhaps they’re a vital cog in the internet machine that ensure we’re never left without our daily dose of web and the internet isn’t full of strong little codes and text to keep it going, like we’ve always thought. Perhaps memes are like some top-secret aspect to the net like an undercover agent infiltrating the Russian mafia – who knows? Who even cares?

The thing is, I’m in two minds as to whether or not I actually even like memes. They sometimes make me laugh when it’s been a shitty day because of their simple, yet grotesque, image that’s supposed to portray an emotion but they’re also annoying as hell, right? It’s almost as if you have to like them even though you hate them, like your sister’s husband.

Talking about marriage, memes are more than likely here to stay because they don’t seem to lose their appeal at all and are used by a lot of nerds who don’t talk to anyone outside of their internet world. Just type memes into Google and you’ll see what I mean. There’s loads and loads (and more coming) of the little critters. It’s an infestation.

But this, I suppose, is pretty cool because art is, after all, pretty legit. An artist called Sam Spratt, who’s a 24 year old dude from the Big Apple, has illustrated the most popular internet memes to an awesome level and has thrown them onto the internet for us all to see.

Sam, who unfortunately used to work for Gawker, has also been the face behind the imagery for Angry Birds, merchandise for Warner Bros, branding for music labels like EMI, as well as artwork for Childish Gambino and Wiz Khalifa. His technique is built off training in classical/Baroque, from which he’s translated his work into the digital world and it’s sick as fuck. He’s also been called ‘Pop-Culture’s digital Da Vinci,’ which is pretty heady stuff but totally deserved.

Check out his interpretations of some memes below but you can check out more of his stuff here. There’s also a treat at the bottom for you; a time-lapse video of Spratt at work. 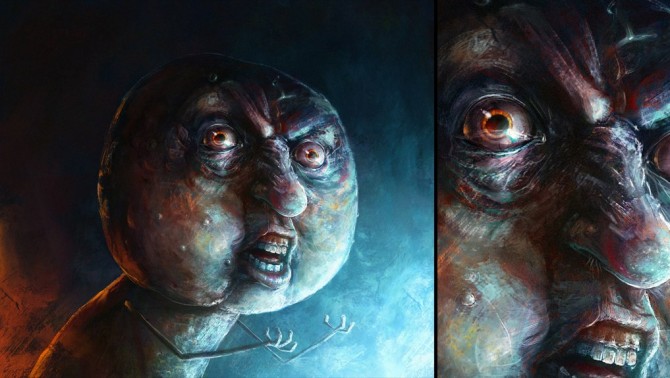 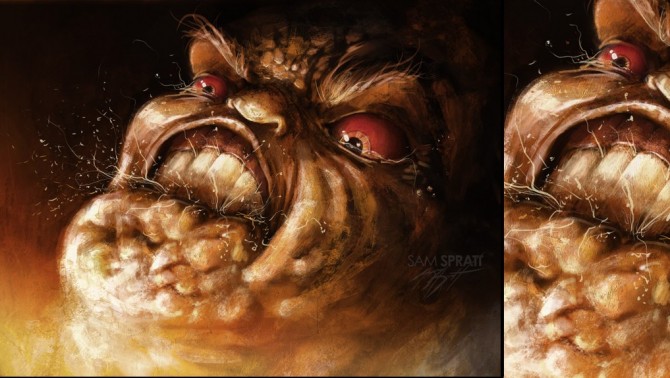 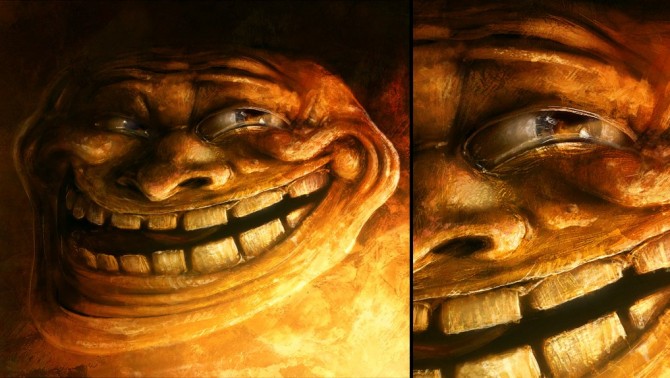 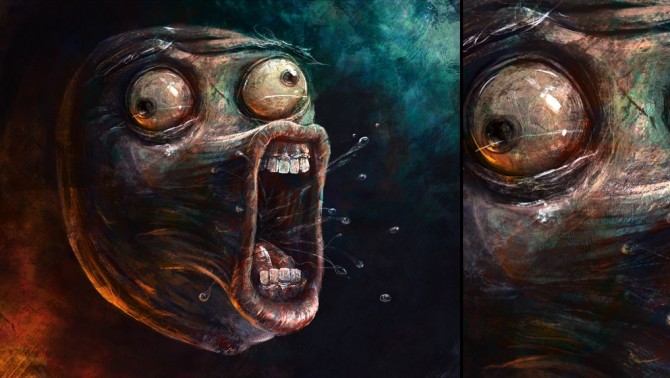