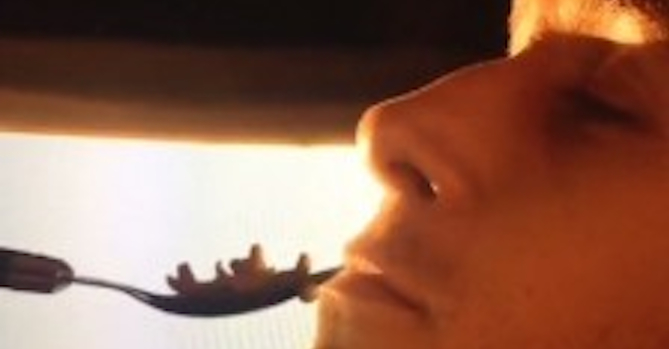 If you thought that someone holding up a spoon of cereal to Ryan Gosling’s mouth in some of his movies wouldn’t be funny then you were dead wrong.

Everyone loves Ryan Gosling so it’s no real surprise that a stupid new internet meme – made with the hip new Twitter video app Vine – went viral today. It’s called Ryan Gosling Won’t Eat His Cereal and it’s the work of another guy called Ryan – Ryan McHenry – who is nowhere near as cool or as hot as Ryan Gosling, but might almost be as famous as him after today because the internet almost broke because so many people were sharing his Vines. Nobody ever remembers who makes these things though so he probably won’t be, let’s be serious.

It’s a pretty simple idea, and some are even saying it’s the reason that Vine was created, which I can kind of understand because I’m still struggling to find a worthwhile use for my account – and judging by most of the videos I’ve seen so far so is everyone else in the world. This utilises the format perfectly though. Ryan McHenry basically uses Vine to take movies of famous scenes from Ryan Gosling movies and then adds a spoon of cereal going towards Ryan Gosling’s mouth into each of them.

Ok it doesn’t sound that funny but it works pretty much perfectly and some of the scenes and reactions to this spoon of cereal completely kill it, and they seem to have made a lot of people really happy today judging by how viral it’s gone. All your favourite Ryan Gosling movies are in there so check them out below.

My only question about it would be regarding Ryan McHenry because it seems strange to me that one dude can like Ryan Gosling so much so as to know the exact moments/scenes in each of his movies to insert a spoonful of cereal. Seems like something a girl would be more able to do. Just sayin…

Check out the Vines below. If you like them you should probably stay tuned to Ryan McHenry’s Vine page as he seems to be making them all the time.