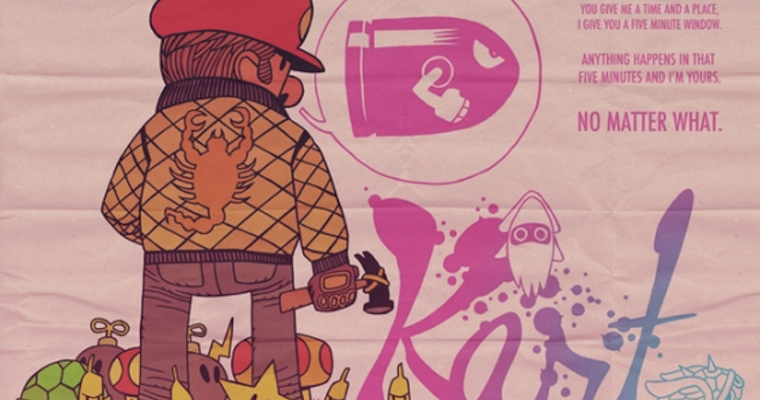 The possibility of a Mario Kart/Drive crossover had never crossed my mind, but it’s actually really really funny.

I don’t normally like these dumb mashup movies but this one is actually really funny so I thought I would throw it down here on Sick Chirpse. Everybody loves Drive and anyone in their right mind should love Mario Kart (or at least just Mario in general) and these guys do a really good job of adapting Drive into the Mario World. So Mario is the driver, Peach is Carey Mulligan, Luigi is Bryan Cranston and the bad guys are a variety of characters including Wario and Bowser and Yoshi. Instead of the money that Mario ends up having it’s ‘the coins’ and all the driving is around a dumb go kart course a la Mario. I’m probably making it sound less funny than it actually is but rest assured if you enjoy the Mario franchise and the Drive movie you’re going to enjoy it as several of the iconic scenes are included with that special Mario twist. The only bad thing about it is that it’s shot on some really crappy camera but that didn’t hamper my enjoyment of it that much. Still guys, if you’re reading this then next time you do one of these maybe get a better camera – it would make it a whole lot better. Also it’s really lame how the last 20 seconds or so the guys who made the video come on and tell everyone to like and share it blah blah blah nobody cares. If I was you I would just stop watching around that point. Anyway, enjoy this video below: