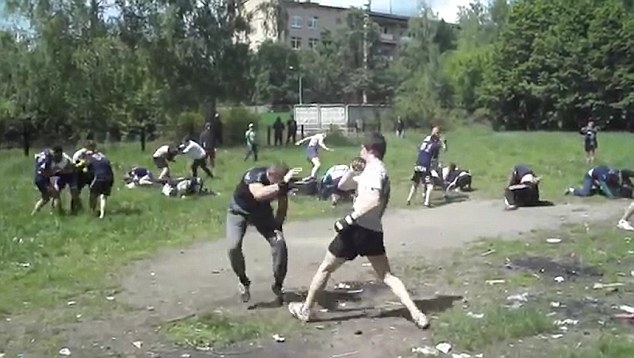 Earlier we posted a rundown of the most brutal beatdowns at the Euros thus far, and I think about 90% of the punishment being dished out was at the hands of Russian ultras.

I’m not even sure these guys are following Russia’s progress in the Euros; they’ve travelled to France purely to kick other football fans’ heads in.

In fact they take their hooliganism so seriously that they spent the months leading up to the Euros training themselves in combat, and so it’s no surprise they appear so skilled and organised when this is what they’re getting up to back home.

Savage stuff. These brawls were designed to identify the hardest men available, and in the end 150 were selected to fly out to Marseilles and represent Russia. The groups are made up largely of extreme right-wing militants who support Spartak Moscow, Lokomotiv Moscow, CSKA Moscow and Zenit St Petersburg.

No idea who would win in a showdown between this lot and the nutters over in Ukraine, but let’s hope we don’t have to find out.