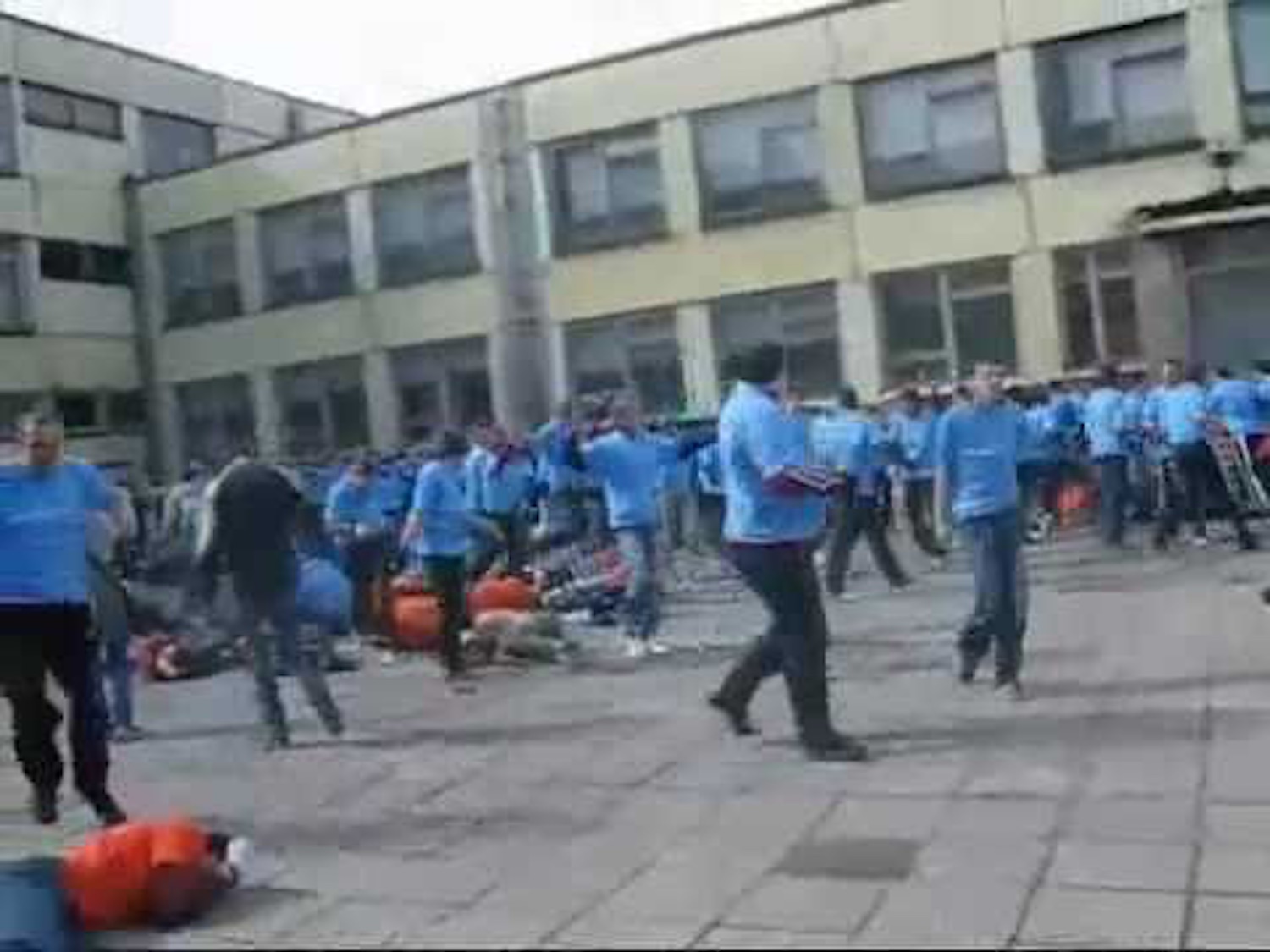 Taking hooliganism to the next level.

Football hooliganism has long been a problem that has been associated with the beautiful game, although it thankfully seems to be dying down now in this country.

Unfortunately, the same can’t be said for everywhere in the world. This footage from the Ukraine of a ruck between Shakhtar Donetsk and FC Dnipro fans might be six years old, but it just shows how seriously supporters take their football over there with one of the most insane battle sequences I’ve ever seen.

It’s literally like they’re marching to war as one battalion of hooligans sits waiting for the other under a bridge and the others slowly and regimentally march up to meet them, shouting and screaming at them. Then after a bit of posturing, the two go at it and rip the living shit out of each other.

Brutal – the reds really got battered there didn’t they? Decimated would probably be a more accurate description.

I especially liked the way they all thoughtfully wore matching uniforms so they knew what side everyone was on. There’s nothing like a super organised fight eh?

In all seriousness though, this kind of behaviour is deplorable, and the sooner it gets eradicated the better. Unfortunately I can’t see that happening any time soon because there’s that certain subset of football lad that likes nothing more than beating the shit out of someone because they support a different team and I can’t see that ever not being the case.

If you want to see some more knockouts, watch the video below: