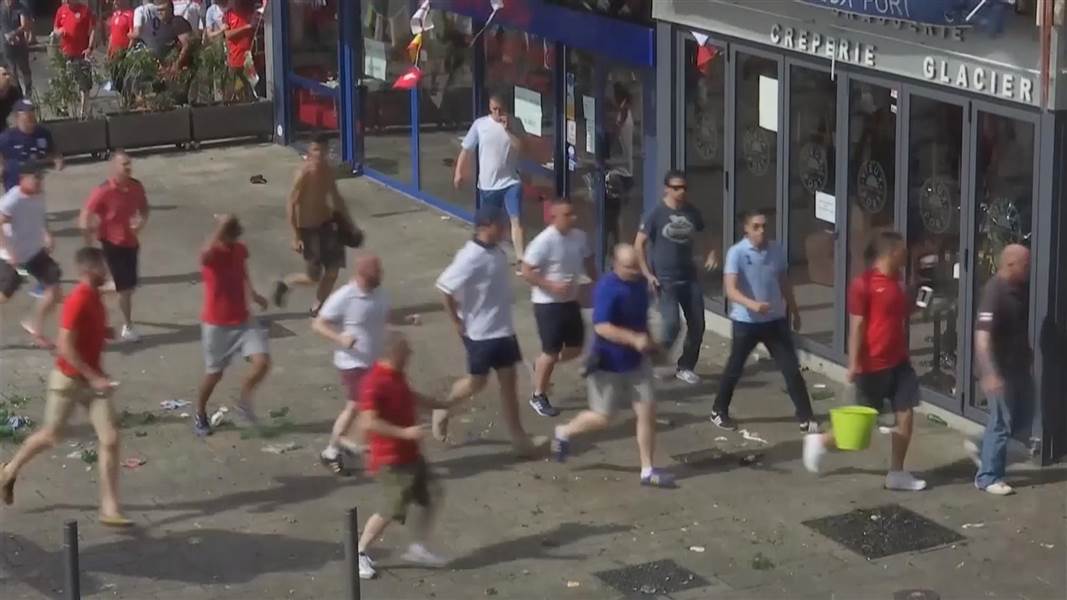 Looks like the steel chair is the go-to weapon over at the Euros.

By now we’ve all seen or heard about the morons beating the shit out of each other over at the Euros in France. The beat-down Russian fans gave some England fans was so bad that UEFA handed them a suspended disqualification and €150,000 fine.

How did Russia respond? In classic Russian fashion:

You’d almost think they were proud of their football hooligans?

Anyway, here’s a collection of videos we put together which I think covers every video of Euro 2016 hooliganism on the internet so far. Obviously it’s pretty brutal stuff so don’t watch if it’s going to upset you.

Looks like the steel chair is the go-to weapon in football street fights this summer. Hopefully that’s the end of that, and these idiots realise they all have one thing in common that’s brought them together in the first place – a love of football. Who knows what else they might have in common? They’ll never find out by bashing each other’s skulls in with steel chairs.

If you think that’s bad though, check out a brutal hooligan brawl over in Ukraine.