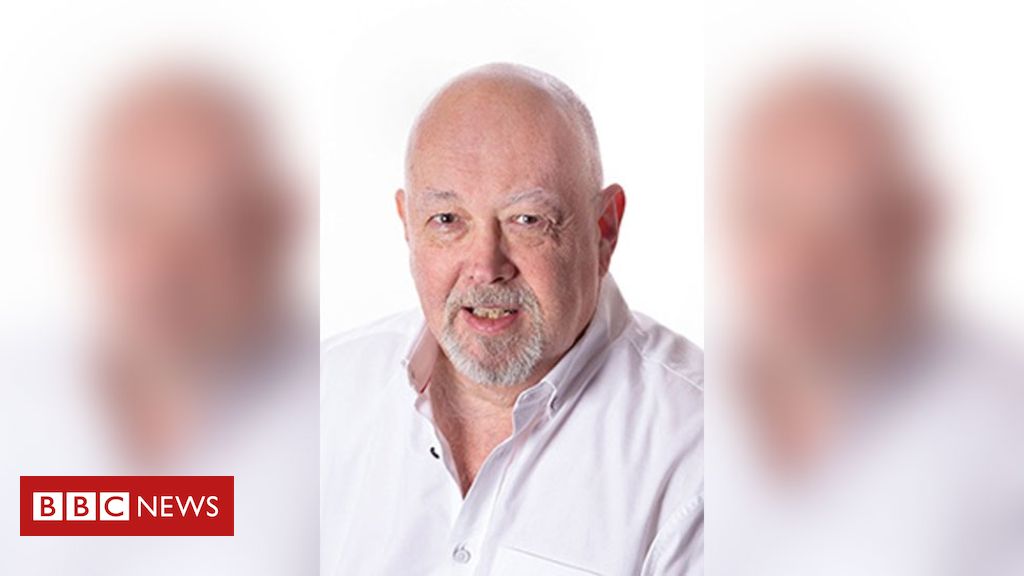 A radio presenter who questioned the idea of “white privilege” when discussing Black Lives Matter protests has been suspended indefinitely.

Manx Radio took Stu Peters off air after last Wednesday’s programme in which a black caller challenged him for writing “all lives matter” on an online forum.

Here’s a transcript of the conversation that played out between them:

Stu Peters (SP): Let’s go to line one, I think we’ve got somebody else who wants to have a quick word. Hello, this is Manx Radio.

Jordan Maguire (JM): Hi, my name’s Jordan. I am a black man that lives on the Isle of Man.

JM: Yeah, and I’m calling in reference to a post that you made stating “I expect” – is this Stu Peters, sorry?

JM: Yeah, it says: “I expect the protest would be in front of the US embassy in Douglas, otherwise an Isle of Man protest about police brutality in America makes no sense except as a virtue signalling snowstorm. In other news, saw this on a graph earlier, in 2018 the US had around 50,000 white on black violent crimes compared with 400,000 black on black and around 550,000 black on white violent crimes.

JM: “All lives matter” in capitals. There so many things wrong with this I honestly don’t know where to start but…

JM: I haven’t even got to my point. The fact that you’re starting that, insinuating a Manx protest over police brutality is pointless unless it’s in a destination that you deem fit is absurd, first of all.

SP: We’ll why are demonstrating outside of Tynwald?

SP: You can demonstrate anywhere you like but it doesn’t make any sense to me, which is the point that I was trying to make on the Manx Forums thread.

JM: Explain why that doesn’t make sense to you.

SP: I don’t understand why people on the Isle of Man are protesting in support of Black Lives Matter in America, which is 3,000 miles away.

JM: Right, ok, so if people are breaking human rights anywhere around the world, that doesn’t make sense to you that we would stand up for it?

SP: But who are you standing…

JM: Let’s think about World War One. The official records show that 8,261 Manx men enlisted in the armed forces, which was 82.3% of the Isle of Man’s male population at the military age. Of these, 1,165 gave their lives and 987 were wounded. As these lives weren’t taken on our soil does it change what they fought for, or the atrocities that they had to endure? And I’m in no way comparing their sacrifices to that or protesters. The location of the war you fight has no bearing on the reasoning or the validity of.

JM: And I want to understand why you think that, just because lives are being brutalised and oppressed in a country, anywhere around the world not just in America, why it doesn’t matter to you.

SP: Alright, can I speak for a second?

JM: OK, so, when you’re saying “all lives matter” that first of all is just derogatory and ridiculous…

SP: No, it’s not derogatory.

SP: I’ve had no more privilege in my life than you have Jordan.

SP: I’ve had no more privilege in my life than you have. I’m a white man, you’re a black man you say.

JM: If you believe that then you’re already – this is exactly what white privilege is. I’m not saying that you haven’t, like, endured anything in your life. But you have automatically – the system is built for you to win already. I have to go through everything in my daily life, and I have to go through these things that you don’t see so you don’t think they exist. Or, I kind of believe that you’re an intellectual man to a degree. You’re either extremely ignorant or extremely – I don’t know what you are, but I’m not talking with you any longer…

JM: With that kind of opinion.

JM: I hope that you can be saved from your own ignorance and I encourage you to enlighten yourself.

JM: On issues that people such as myself have to face every single day, and both realise and empathise with the – the world that we live in is far from a [level] playing field….

SP: Can I speak again or are you just going to rant?

JM: Being on this earth. Goodbye.

SP: You’re just going to rant. OK. Well, that was good. Let’s move on, we’ve got somebody else on line two. Hello, this is Late, Live and Unleashed, apparently.

Manx Radio says it has referred the issue to the Communications Commission, and managing director Chris Sully has told the BBC:

Stu Peters will not be presenting the Late Show whilst an investigation takes place.

We await [the Commission’s] guidance on any potential breach of the Broadcast Code.

Manx Radio does not condone racism in any form amongst its staff.

We are actively working with the caller involved to develop some ideas to debate the issues involved.

Jeez, where to begin? The caller was already annoyed over Peter’s ‘all lives matter’ comment and then had to hear him deny the concept of white privilege as well. I think we’ve already covered why ‘all lives matter’ is a weird thing to say in response to ‘black lives matter’. It was explained brilliantly by Ashton Kutcher (of all people) the other day. Elsewhere I saw this analogy: it’s like calling for help to a house that’s on fire and having someone respond “all houses matter”. It’s just not a very productive thing to add to the conversation because obviously all lives matter. The idea is to create a world where we live as though black lives matter as much as anyone else’s.

As for white privilege – does it exist? At the very least, certainly in specific situations. You could say well what about attractiveness privilege or height privilege or IQ privilege or any of the countless unknowable privileges people have. You could say ‘I would rather be a tall, attractive, high IQ black person than a short, ugly, low IQ white person’. But then that might also be a bit like saying ‘all lives matter’.

Despite all this, it’s pretty appalling this Stu Peters has been suspended and could lose his job over expressing his own opinion (whether’s it’s right or wrong) on radio. I don’t think he’s said anything racist or bigoted. At worst he’s just wrong. We’ll have to wait and see how this plays out for him.

For the ‘posh turf war’ teens spared jail spared jail after their mums pleaded that they wouldn’t cope in prison, click HERE. Wonder if they would have been so lucky if they were black?