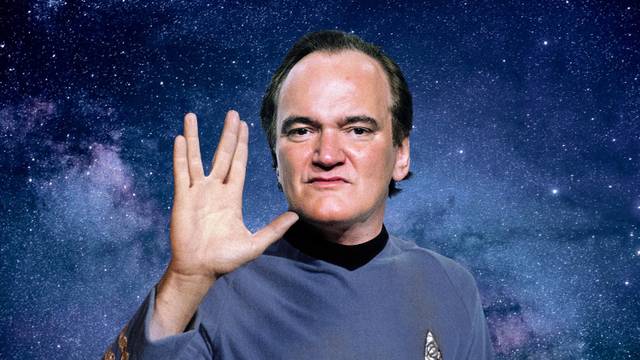 Klingon motherfucker, do you speak it?

While we wait for the star-studded ‘Once Upon A Time In Hollywood’ to drop this summer, it looks like Questin Tarantino already has his next project sorted; a new Star Trek film, Tarantino-style.

Speaking in the next issue of ‘Empire’, Tarantino confirmed that his new frontier for Star Trek will be swear-laden (“Oh yeah!”), and that it will be R-rated:

There’s a script that exists for it now. I need to weigh in on it, but I haven’t been able to do that yet.

Of course the Star Trek universe has historically been largely devoid of swearing, and so the immediate social media reaction to Tarantino writing and/or directing a Star Trek movie hasn’t been great:

Why does Quentin Tarantino’s Star Trek have to be R-rated?https://t.co/HBC14ufNTk

I love Star Trek & I love Tarantino’s films (all of them) but not like this.
Another example of the holders of Star Trek changing everything that was Star Trek.
–
Pass

I love Ice Cream & I love BBQ Ribs but not together. pic.twitter.com/chM17zIBu4

I love Star Trek. And I really enjoy Tarantino’s movies. But Star Trek doesn’t need cursing. It’s the one major criticism I have of Discovery. It’s unnecessary really. It can still be dark and gritty without f bombs.

Obviously not every Trekkie will have a problem with it, but inevitably the backlash will get worse once Tarantino really gets to work on it.

If you think about it though Captain Kirk and Dr McCoy dropping F bombs and aggressively freaking out over things isn’t the most unrealistic idea in the world, especially with the amount of time they spend on that ship and how often things go wrong up in space.

3) but hey, if this is a real thing, I’m available. pic.twitter.com/eJKKgEWxP7

To watch Tarantino shut down a reporter who asks him a dumb question about ‘Once Upon A Time In Hollywood’, click HERE.