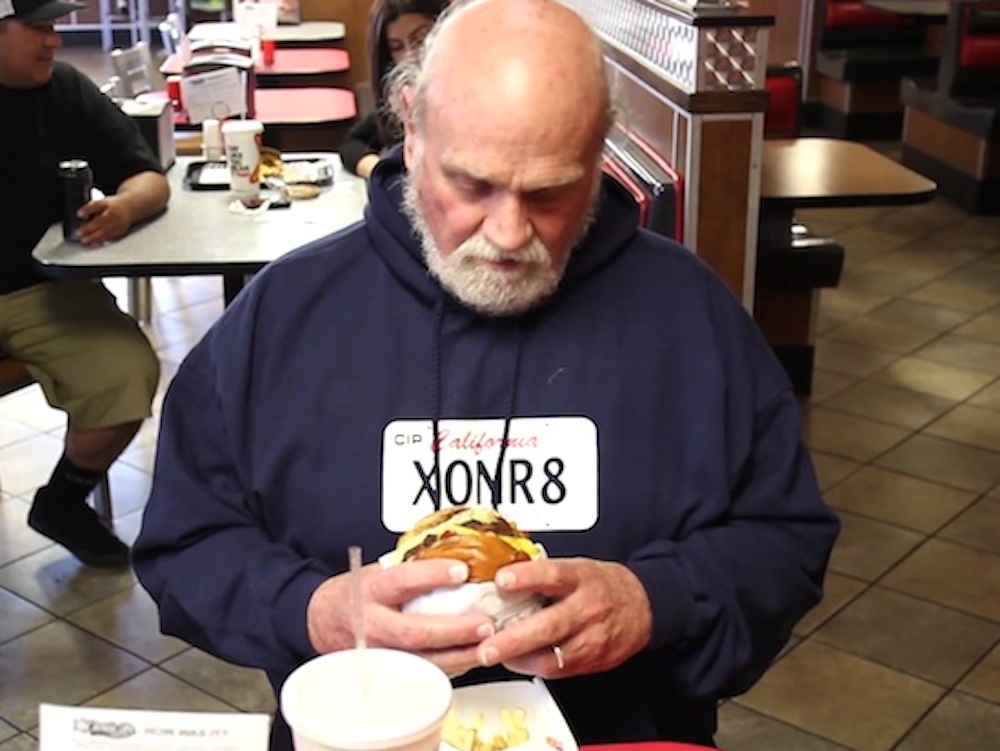 What’s the first thing you would do?

This is a video which shows the first steps out of prison of a man named Michael Hanline, who was locked up in 1978 for the murder of a biker named J.T. McGarry, who disappeared from his home in Ventura County, California. Hanline was sentenced to life in prison without parole, but after 36 years in the slammer his conviction was finally overturned after DNA testing proved that he wasn’t involved.

The first thing he did? Head to Carl’s Jr and get the burger that he had seen advertised on television for the last 36 years. Hanline even struggles to order the burger he’s been in prison so long and the look on his face and exclamation of ‘so that’s what meat takes like’ after his first bite is priceless. It makes you grateful for the little things.

Imagine how Hanline will feel when he tucks into a pizzaburger or a deep fried mac and cheese burger.