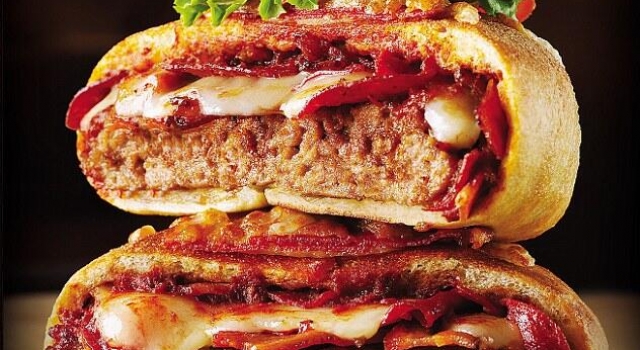 Those Americans have created a beautiful monster.

Americans, one thing they know about is food. They’re always trying to find new delicious ways to induce an early obesity linked death. Well they’re at it again, this time by combining two of the most popular American dishes in a way never seen before.

Meat the pizzaburger (see what I did there) – 1,360 calories of meaty, cheesy, gooey, greasy, pepperoni, goodness which comes in two flavours, pepperoni and five cheese. Oh and it’s served with fries. 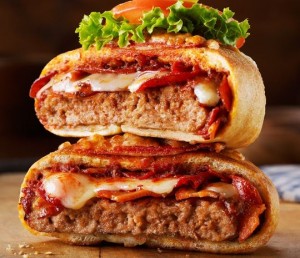 The Boston Restaurant and Sports Bar who have come up with this culinary delight have admitted that it’s not designed to be healthy (no shit Sherlock) and said they came up with the idea when the obvious question came up “what would happen if a burger and pizza had a baby?”

â˜› Read Next: The Pros And Cons Of Being A Fatty

Coming in at $10.29 and totalling half of a person’s daily calorie allowance it looks like it’s going to be a huge success. Who fancies a trip to Boston? 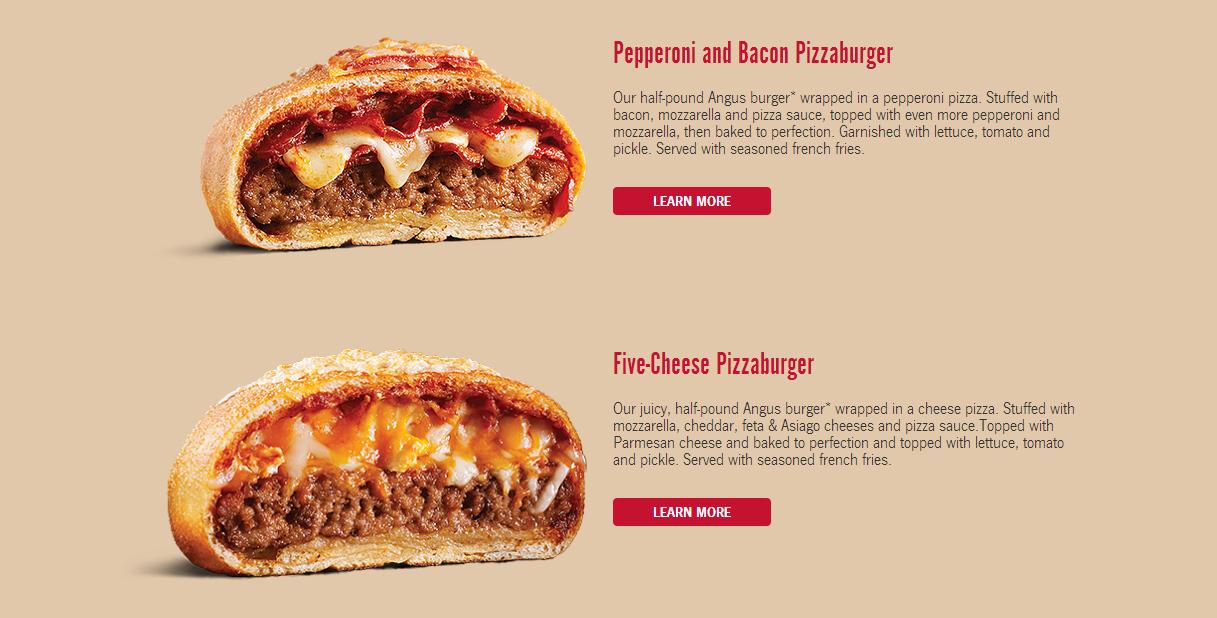