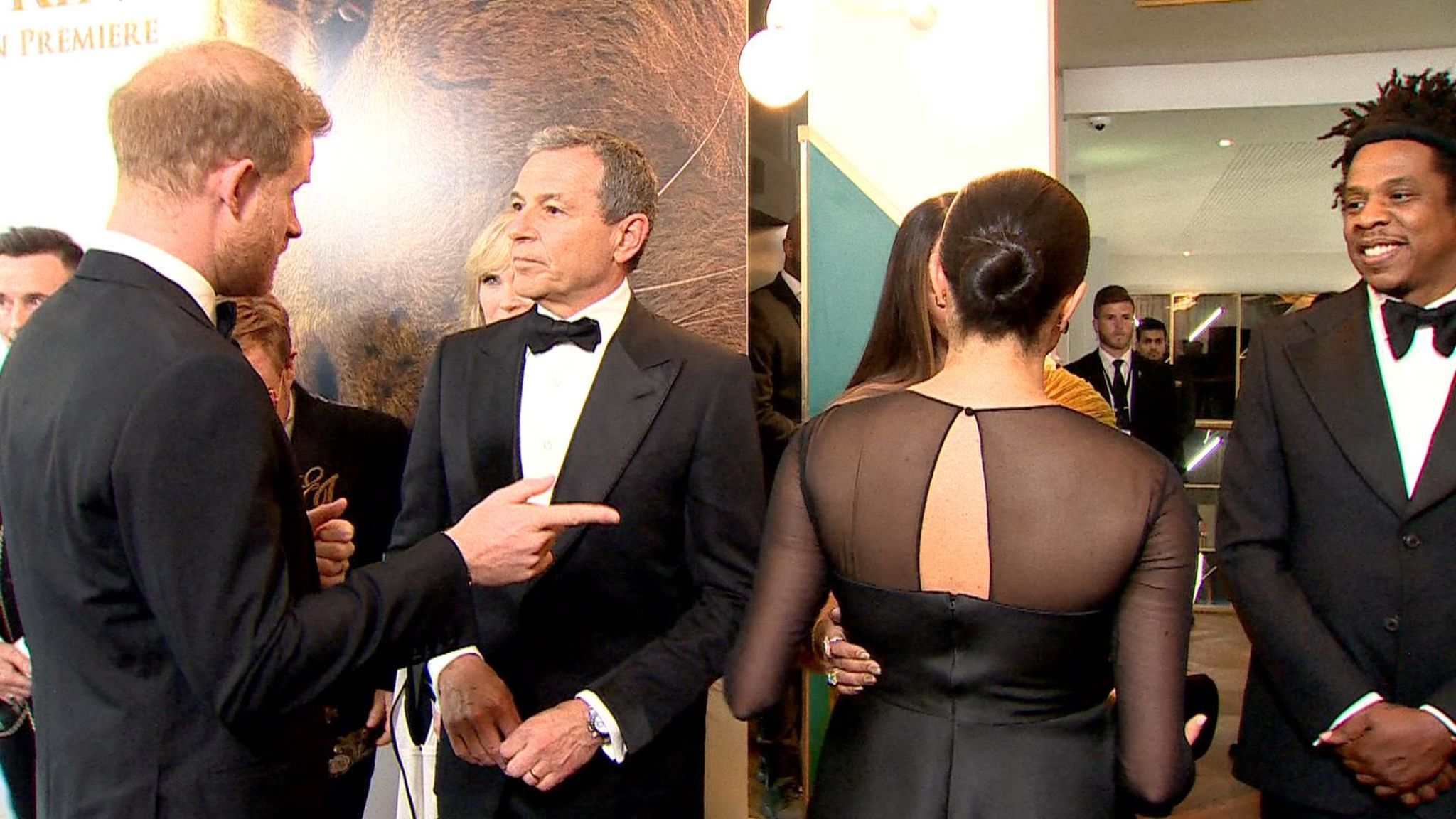 “You know she does voice overs?”

News broke over the weekend that Meghan Markle had already secured a voice over gig with Disney before she and Harry announced they would be quitting the Royal family.

Well a clip is now doing the rounds showing Harry sweet-talking Disney CEO Bob Iger at the Lion King premiere in London last year, telling him how Meghan does voice over work and how she’s “really interested”, while Meghan is within earshot chatting to Jay-Z & Beyonce.

this is the extended version of that clip (audio boosted) with Harry chatting up Disney CEO Bob Iger for a job for Meghan Markle as the Duchess chats up Beyonce and Jay-Z The event was in London on Sunday July 14, 2019. (that look 😲 on Susan Iger’s face ) #Megxit pic.twitter.com/AzqjwsaoUm

Wow. Is Prince Harry the world’s greatest husband or what? I don’t know if Meghan put him up to it or what but either way a nice thing for him to do for his wife, in addition to quitting the Royal family, humiliating the Queen, moving to Canada and all the rest of it.

As for the Disney CEO, how do you say no to a Prince? He looks genuinely surprised that he is being hit up for a job by a member of the British Royal family but I suspect he got right on the case.

So that’s Meghan’s sorted for work post-Royal family, but what about Harry? Those professional pub tester jobs are still going last we heard.