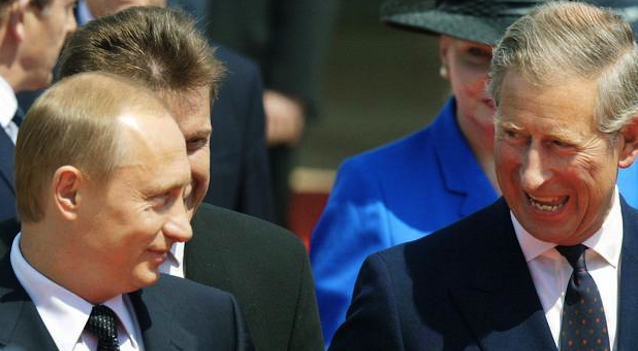 OK, I’m sure everyone in the world thinks this anyway but it’s still pretty out there for a member of the royal family to say it.

Everyone in the world with a brain can probably see that Vladimir Putin is acting like Adolf Hitler – replace annexation of Austria into Nazi Germany with the annexation of Crimea into Russia, replace the persecution of the Jews with the persecution of the homosexual community, replace Goebbels Ministry of Public Enlightenment and Propaganda with the recent Bloggers’ Law, hell even the Olympics were recently held there too – but in what is being described as an extraordinary move, Prince Charles actually came out and said it during a recent trip to Canada.

Although I’m sure most people reading this wouldn’t count this as extraordinary in the slightest, it is actually pretty out there because apparently members of the Royal Family aren’t supposed to comment on affairs of state such as this, so it is actually a big deal that Charles did this, even though it was only in a moment of candour with some Canadian woman rather than in a big news conference.

It happened on Charles’ recent trip to Canada where he stopped in Halifax Nova Scotia to visit the Canadian Museum of Immigration and meet some people, including 78 year old Marienne Ferguson who fled from Poland to Canada when she was 13 in order to escape persecution by the Nazis. Unfortunately though, her grandparents did fall victim to them and were killed. Marienne was showing him an exhibition when he remarked that he was sorry that she had lost her grandparents during the Holocaust and that it was sad to see that Putin was now doing exactly the same thing as Hitler.

As this was obviously controversial and because they have spies everywhere, the Daily Mail was soon onto Ferguson’s case and she gave a full blow by blow account of what happened. It basically isn’t any more detailed than what I just typed but for the sake of authenticity here it is anyway:

‘I had finished showing him the exhibit and talked with him about my own family background and how I came to Canada. The prince then said “And now Putin is doing just about the same as Hitler”. I must say that I agree with him and am sure a lot of people do. I was very surprised that he made the comment as I know they [members of the Royal Family] aren’t meant to say these things but it was very heartfelt and honest.’ 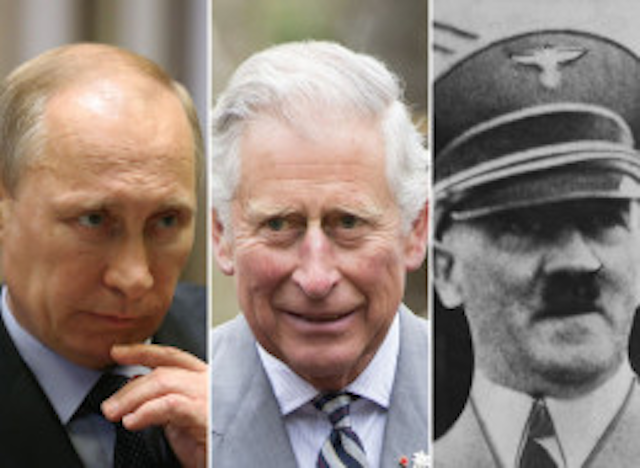 So there you have it. Prince Charles and the Royal Family actually care about what is going on in the world and have some opinions on events, even if they aren’t allowed to officially show it. I guess that’s reassuring in some way.

Of course, his comments (all other news outlets are saying comments but it’s really only a comment isn’t it?) are likely to spark an international incident because they’re vaguely critical of the West’s lack of intervention in the completely illegal annexation of Crimea, which is pretty much exactly how the West viewed Nazi Germany back then. And we all know how that ended up. These comments will probably prolong any possible international co-operation regarding intervention though as they’re just so offensive, and by the time we do manage to get involved it will probably be too late. Again.

The Prince himself might be bricking it too following this leak as he’s scheduled to go one on one with Putin at the D-Day commemorations in France on June 6th. Can’t wait to see how that turns out, because there’s no way that a tough action hero like Putin is going to take crap like that off a 78 year old wiener.

â˜› More Putin: Forbes List Vladimir Putin As The Most Powerful Man In The World