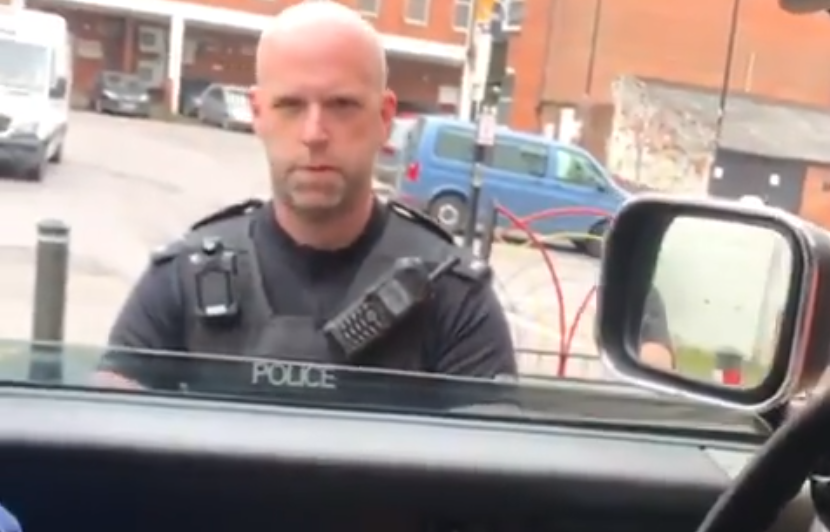 After we shared the video of Essex police battering a bunch of moped thieves in Basildon earlier, it was really looking like a great day for the UK police. Until this video popped up on our timeline…

It shows a police officer pulling over a motorist for whatever reason (not revealed), only to be recognised by both the driver and passenger as (allegedly) the man who was thrown out of their house years earlier when he was having sex with the passenger who was 15 years old at the time. Yikes.

There doesn’t seem to be any further info about this story online, but check out the footage and see what you think:

Welp, that doesn’t look great on the officer does it? Talk about the most awkward traffic stop of all time. He acknowledges that he does recognise the passenger and seems super uncomfortable throughout the footage, but as bad as it looks we probably shouldn’t rush to the conclusion that he’s 100% guilty. Still… in hindsight I bet he probably wishes he let his colleague handle it.

For our list of horrific celebrity tattoos that people got before they knew they were paedophiles, click HERE.