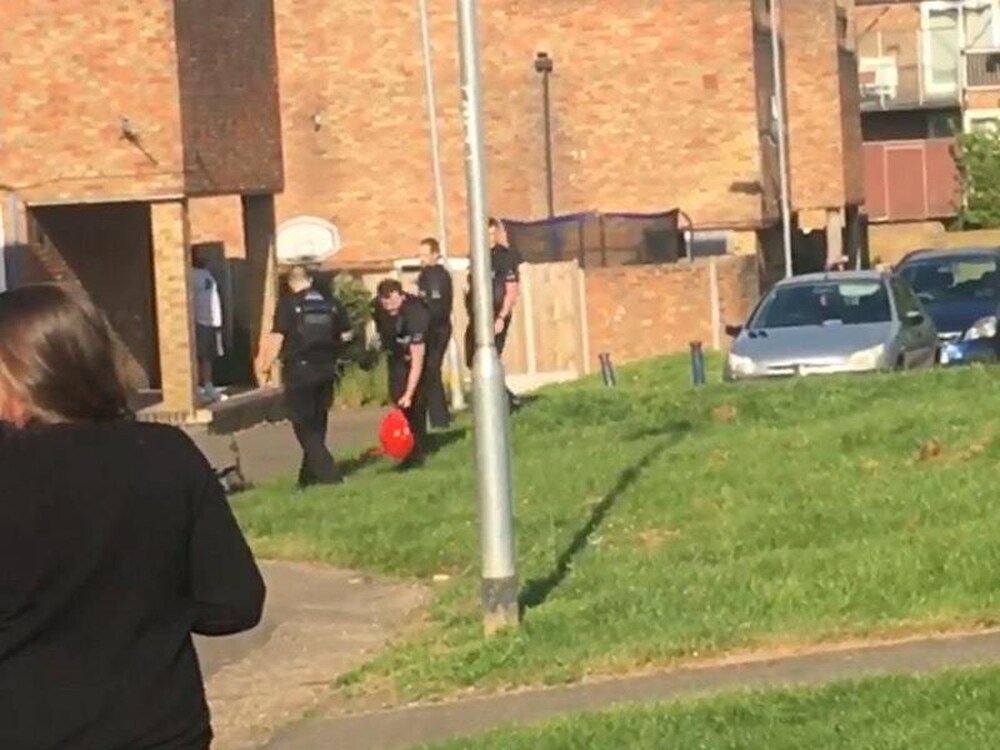 You get the feeling that everyone is just a little bit sick and tired of moped thieves running wild on the streets of the UK, especially following the news that violent UK criminals often have to re-offend several times before actually seeing a prison sentence.

Well while the criminal justice system sorts itself out, a number of police officers on the streets of the UK are actually putting the work in and fighting for their lives as they chase and arrest these scumbags.

Here’s what happened in Basildon the other day after Essex police were called to reports of a stolen motorbike and ended up being threatened with hammers and doused in petrol when they showed up:

Stolen Moped pursuit in Basildon where petrol was thrown over officers

Now that’s policing!
About time those little scums found out there are consequences to their actions

For far too long they’ve been running around thinking that they are untouchable.
+ policing like this pls pic.twitter.com/dHjbPfPas5

Damn, that one officer was proper laying into the moped thief wasn’t he? Of course there’s no footage showing the full context of the situation, but if reports that the police were accosted with hammers and covered in petrol are true, not to mention if the guy was still resisting arrest, I’d say an officer getting a few licks in with his baton is more than a little warranted.

In the end, two women, three men and a child were arrested after the incident at 16:30 following the pursuit, assisted by a police helicopter.

The officers who needed hospital treatment had their eyes washed, with their colleagues doused with water at the scene, but no long-term harm is expected.

Supt Jonathan Baldwin said it was a “despicable, sustained attack”:

To be assaulted while simply doing our jobs – helping to keep our county safe and dealing with criminal and violent behaviour – is completely unacceptable under any circumstance.

But, to have petrol thrown over their heads and in their eyes as my officers experienced today, is a despicable act of violence which we will seek to prosecute to the full extent of the law.

Good to know no long-term damage was done and let’s hope those responsible get the book thrown at them.

To watch a courier confront moped thieves trying to steal a bike in London and almost get stabbed with a machete for his troubles, click HERE.