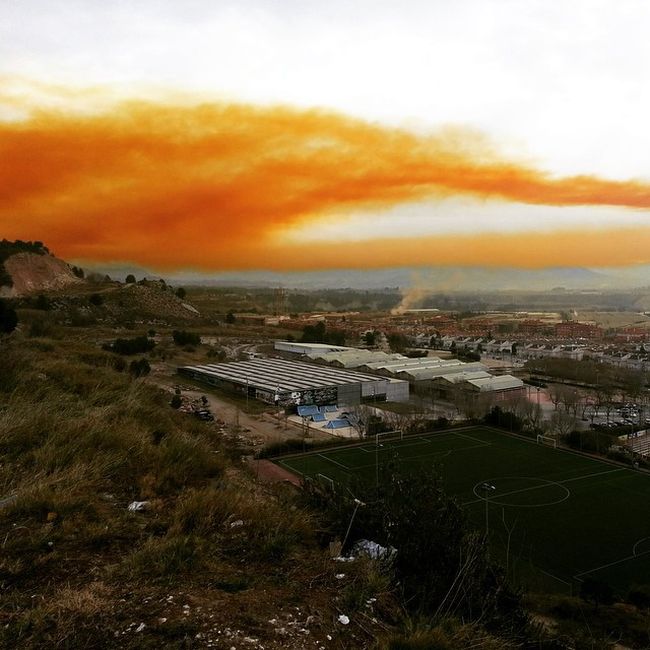 No one likes seeing a yellow cloud drift over their neighborhood do they?

Bagsie not going to Catalonia this week. No one likes a toxic cloud do they? I know I’m not the only one who likes to watch videos of things exploding, but I don’t want it kicking off in my own backyard.

This week more than 60,000 people in north-east Spain have been told to stay indoors after an explosion in a chemical warehouse. Officials tweeted that “this is not a game”, residents were asked to seal off any means of ventilation and not to risk going outdoors.

Apparently the blast happened when a bunch of chemicals, including nitric oxide and ferric chloride, got mixed up as they were delivered to the plant. Regional officials say that the cloud isn’t “toxic” per se, just an irritant:

Most likely it will cause itchy eyes and a runny nose, but no choking sensation.

Either way I wouldn’t be overly impressed. A few hours after the incident police advised that people could go outside again, unless they were young, old or ill. The cloud slowly moved away but a lack of wind in the area kept it hanging about for ages. Luckily for us that means we got a butt load of weird photos to look at. Humans 1 Nature 0.

Here are some otherworldly, pre-apocalyptic images from the blast’s aftermath: 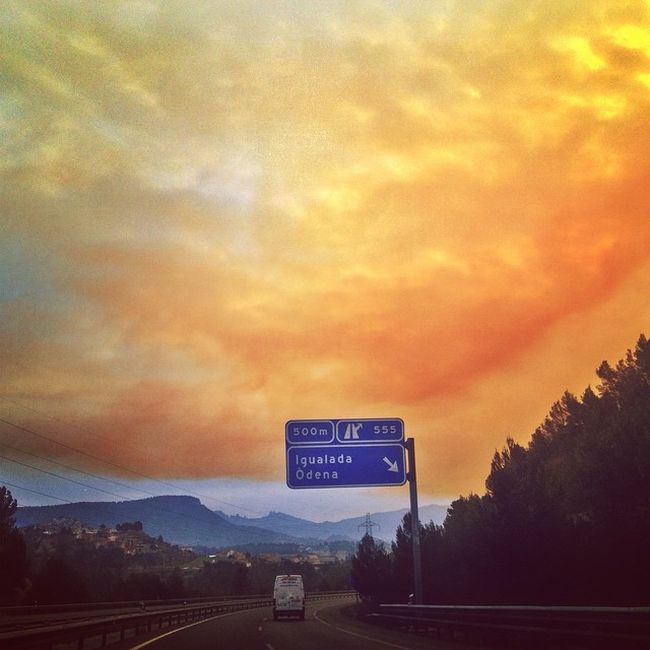