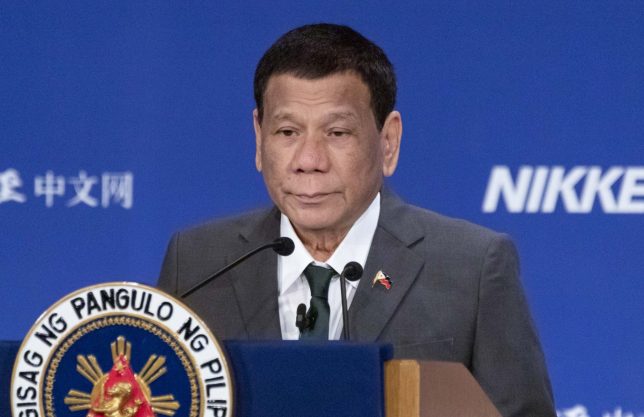 We’ve featured Philippines President Rodrigo Duterte on these pages a few times because of his attitudes to drugs and women, so it’s no real surprise that he’s showing up again here – although perhaps it’s a bit weird that he’s claiming that he was cured of homosexuality by marrying a woman.

Not only is this just a completely ridiculous statement to make, it’s also kinda dumb that Duterte would be saying it as he previously campaigned on the back of legalising same sex marriage, leading to his election in 2016. Maybe that was before the was cured though hey?

Anyway, this is what went down at a speech in Tokyo in front of the Filipino community last week, where he tried to imply that one of his high-profile critics, Senator Antonio Trillanes, was gay:

Trillanes and I are similar. But I cured myself.

I became a man again after meeting my ex-wife. He said:

So beautiful women cured me. 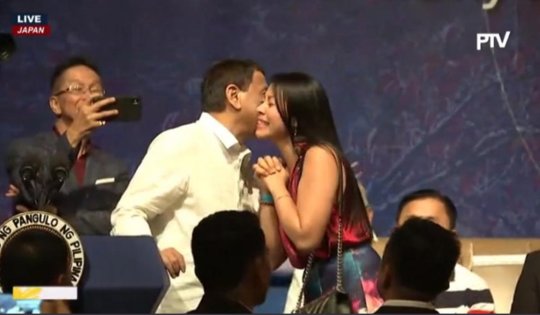 I mean that’s a bit open to interpretation isn’t it, but I suppose maybe it was lost in translation or something. That appears to be what people are assuming Duterte meant from what I’ve been reading. Bahaghari – a gay and transgender advocacy group – have even gone as far to condemn his comments which imply to me that there must be something in them:

It is symptomatic of an even graver illness: one of ignorance, prejudice and hate.

These statements, like his perverted and offensive comments on women, cannot be taken lightly or dismissed merely as jokes.

The whole situation just strikes me as incredibly weird really, like the guy is pretty much just admitting that he’s gay in order to call someone else gay as an insult? Really weird banter there and not really sure what he’s hoping to achieve except looking like a very confused guy, but I suppose that kind of befits his leadership style.

For more of the same, check out this story about a gay man claiming that his in laws made him dress up as a woman on his wedding day. Awful stuff.