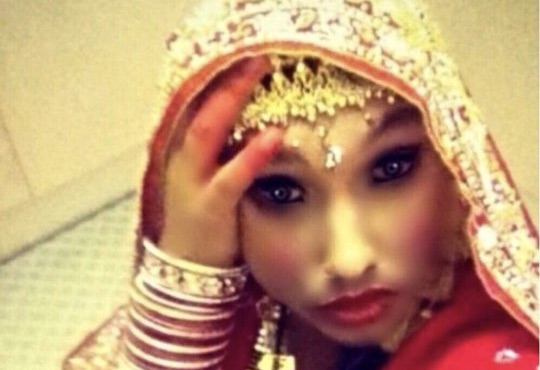 The acceptance for he LGBTQ community may be becoming more and more mainstream, but stories like this remind us that it’s still got a long way to go in some sections of society.

The pretty traumatising tale revolves around a guy called Roy Singh who fell in love with his former husband when he was just 18. Unfortunately this dude was a strict Sikh and Roy revealed that his in laws would only accept him if he dressed up as a woman wearing a wig and heels.

This developed to the point that Roy was only allowed to marry him if he dressed up as a woman during the marriage, and following on from that they continually referred to him as their daughter in law, forced him to wear women’s clothes in their family home and even gave him a bunch of chores to do. It sounds like a really, really bizarre and messed up situation – I mean imagine being forced to dress up and act like a woman just to be with your husband. Completely ridiculous.

Here’s how Roy describes it: 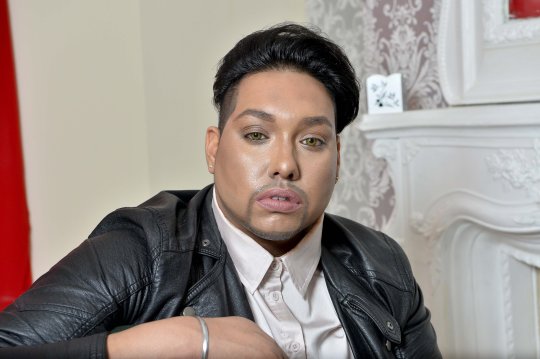 His mother got in touch for the first time and said I was very good-looking and her son had chosen well.

But she told me that she comes from a big Indian family and there’s a lot of honour involved.

She said if I wanted to marry him I would have to dress as a woman on the wedding day.

I would also need to pretend to be a woman for a while to convince the community her son isn’t gay.

I was gobsmacked. I thought, “How did that even come into her head?” She had even brought a basket of women’s clothes and gold bracelets with her.

I knew it was going to be difficult us being together as LGBTQ isn’t talked about in the Asian community.

I hadn’t even told my own family. But I just wanted to be with him and I would have done anything.

Only nine out of the 450 guests at our wedding knew the truth.

Following the wedding I began to spend less and less time with my husband and we argued about how his family treated me constantly.

My own parents saw pictures of me on Facebook and disowned me.

I eventually built up the courage to leave but ended up living in a homeless hostel as I had nowhere to go.

Later I heard that my husband was remarrying a woman and I tried to kill myself.

My parents were notified and they took me back home.

No matter what, when a parent sees a child in that state it makes them see they have to stand by you.

I still can’t sleep. Sometimes I wake up screaming in the night and see her face.

I shout “I’m not a woman”. I never want this to happen to anyone else.

I mean that does sound like one hell of a traumatic and mixed up experience and I’m not surprised he doesn’t want anyone else to suffer the same fate as him. Sounds completely terrible to be honest.

One thing I don’t understand about all this though is that Roy still now regularly performs in drag all the time. Surely if he hate being a woman so much then he wouldn’t still do that as it would weird him out a bit? Just don’t get that bit at all – hoping he manages to come to terms with it all though as it really does sound like he went through the wringer about it all.

For more of the same, check out this man dressing up as a woman on Tinder to prove something about online dating. Interesting.