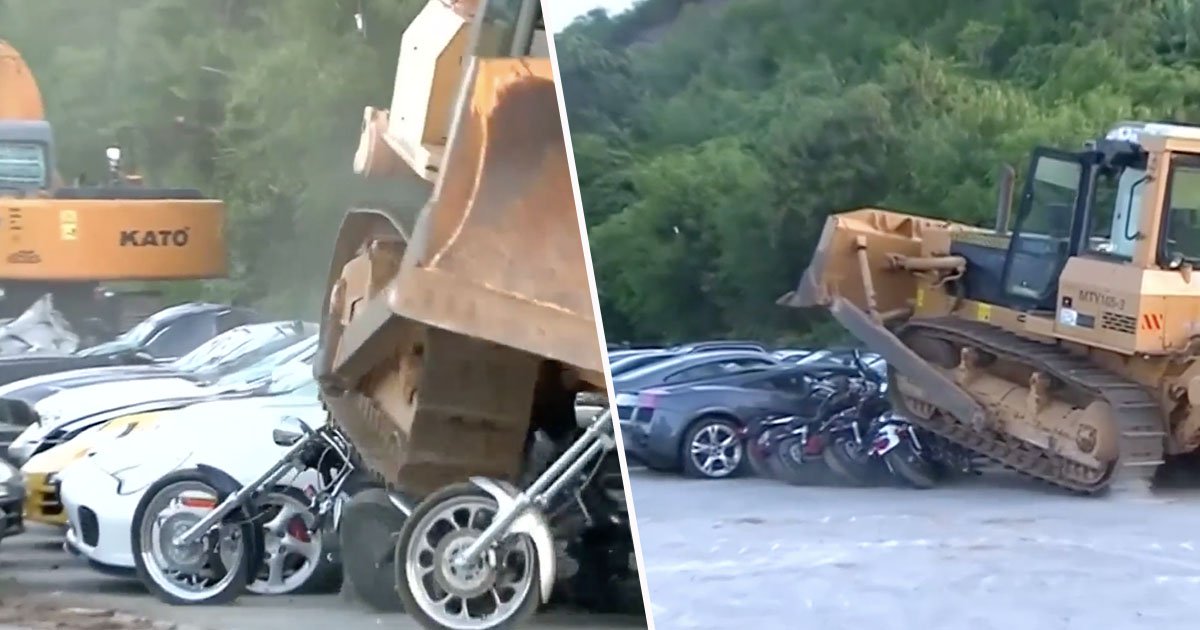 Taking back the power.

It’s well known that President Rodrigo Duterte is hardline against drugs over in the Philippines and is determined to wipe them out and it’s also well know that he isn’t afraid to flex his muscles and get his hands dirty in order to achieve this goal.

His latest piece of outrageous showboating can be seen in the video below, where he destroys over $4 million worth of supercars belonging to drug dealers which he has seized at customs after they were attempted to be smuggled into the country. There were a total of 68 muscle cars and eight motorcycles and these were all mercilessly crushed by a massive digger as Duterte cheered on at the side.

Following on from this, the President had the following to say:

I did this because you have to show to the world that you have a viable place of investment and business.

And the only way to show it is that you are productive and that you have the economy, to absorb the productivity of the population.

I mean you tell them boss? I don’t really know how this is showing them that but I like Duterte’s zero tolerance on drugs and cartels. Although it’s also kind of lame because apparently over 800 cars and bikes were seized so clearly not all of them were destroyed. Gotta be all or nothing in this climate baby.

For more on Duterte, check him out ordering troops to shoot females in the vagina. Not so sure about that one.