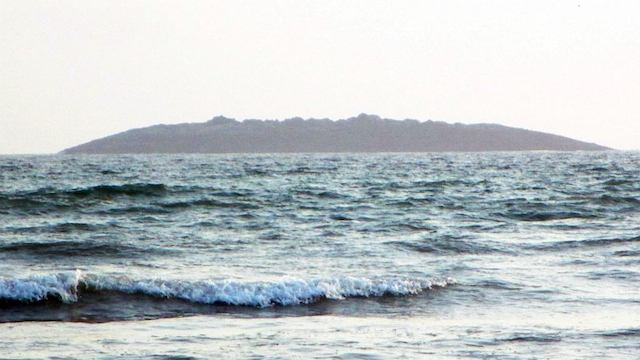 Every now and again an earthquake is so powerful that it changes the surface of the Earth. This is what happened yesterday in Pakistan when a new island was formed as a side effect of the earthquake.

Yesterday a major earthquake measuring 7.8 on the Richter scale hit Southern Pakistan. The usual consequences of an earthquake occurred – at least 200 people died (although this total is constantly rising), thousands more were injured and a whole bunch of buildings collapsed – but incredibly this earthquake was so powerful that it led to the formation of a new island in the Arabian Sea off the coast of Gwadar. FYI Gwadar is a planned free trade port city towards the south of Pakistan if you hadn’t heard of it.

The small visible island that rose out of the sea is roughly 20 to 40 feet high and around 100 feet wide and is roughly 350 feet away from the shoreline. The head of Pakistan’s meteorological department Moazzam Jah. Arif Mahmood says that they’re planning to investigate this further once they have attempted to sort out the aftermath of the earthquake. Although the emergence of this island is fascinating and needs to be examined, obviously at this point it is not a priority given the physical damage that has affected the country as a result of the earthquake.

Although it is rare for an earthquake to affect the surface of the Earth so drastically, this isn’t the first time that one has actually caused an island to emerge from the sea, as older residents of Gwadar say that this has actually happened in the area before. Apparently back in 1968 a similar earthquake produced an island in the area that existed for one year and then promptly disappeared. There are also other instances of earthquakes changing the surface of the earth, the most recent being an 8.8 level earthquake in Chile that altered the country’s coastline in 2010. 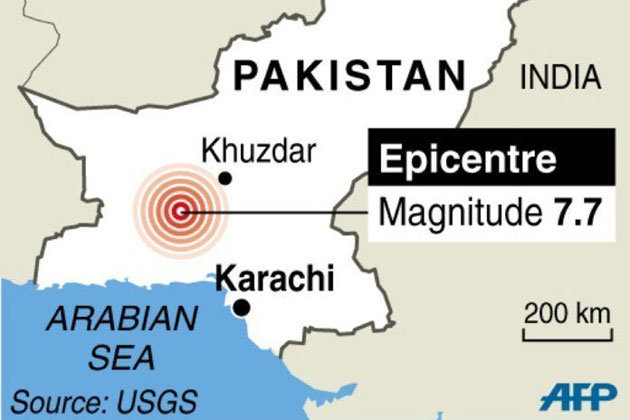 Of course, if you paid attention during geography lessons in school you would probably have guessed by now that the earthquakes have changed the landscape due to the fact that they’re caused by the Earth’s tectonic plates banging together and sliding under one another. This causes a release of energy that can affect the shape of the Earth in the form of a ‘land uprising’ which is pretty much exactly what it says it is. This is how Chile’s coastline came to be changed but this new island off the coast of Gwadar owes a lot to what seismologists term a ‘mud volcano’ (technical) too.

Scientists believe that the island will be temporary – just like the one back in 1968 – and that is not formed of actual land matter but more from to the release of a jet of mud, sand and water. This was catapulted to the surface following the plates sliding over each other and shaking the sandy layers that are found underground.

As these sandy layers move around more and more due to the earthquake, the layers are pressurised and become more compact, which in turn pressurises the water and causes it to gush upwards and carry the mud and sand along with it, ultimately forming this new temporary land mass. It was basically a secondary effect of the shifting sediments and not directly related to the earthquake itself, although this was obviously its root cause (if that makes sense).

The epicentre of the earthquake itself was said to be nearest to the city of Arawan which luckily isn’t that densely populated. Unfortunately though all of the housing there is said to be unreinforced brick masonry which is said to crumble easily and cause a lot of damage. About 30% of the housing there has collapsed and people were trapped underneath it as a result of the earthquake.

Karachi was another town nearby city with a population in the millions that has been affected and there were reports that tremors were felt as far away as New Delhi, which is several hundred miles away from the epicentre. The damage and death toll is probably only going to get worse so if you can do anything to help the people over in Pakistan now then please do.