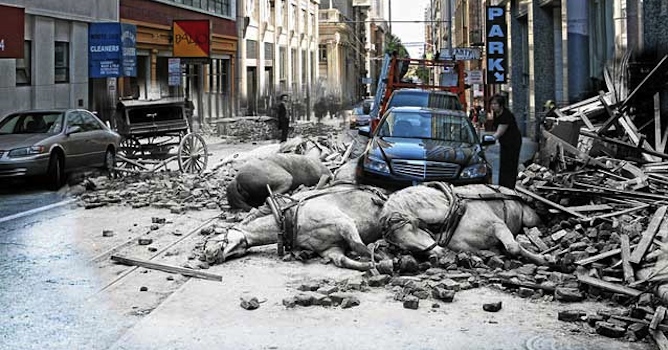 These pictures put a whole new spin on ‘then and now’ pictures by making a composite image of the then and now.

This is pretty cool. I know that there was a massive earthquake in San Francisco in 1906 but I don’t really know the real details about it, other than that it was pretty devastating and screwed up the region for a bit and is pretty famous because of that and is firmly wrapped up in the history of the Bay Area. Due to the fame of the earthquake there are a bunch of ‘then and now’ comparisons of the region of how it looked immediately after the earthquake and how it looks now, you know to foster city pride at overcoming adversity or whatever.

Anyway, one San Francisco native called Shawn Clover was pretty pissed off at how sloppy most of the efforts at these ‘then and now’ comparisons were and decided to do something way better and create composite photographs of the traditional before and after reveal. Using Photoshop and Google Maps he was able to determine the exact position that photographers at the time of the earthquake stood, take a photograph of how it looks now and then blend the two together to create a composite image of then and now, and the results are pretty awesome.

Even though he had all this cool technology to employ, Shawn still said it was a really solid task to get all this done, especially in terms of making sure the modern day photograph was OK to blend. As he explains: ‘Where was the exact spot the photographer stood?  What was the equivalent focal length of his camera’s lens combined with the film medium? How high off the ground was the camera?  Where was the sun in the sky?  Everything needs to be precise when layering two photos.’

You can check out a selection of the pictures below. Shawn is releasing a book in the future called ‘Fade To 1906’ which will feature a bunch more of these images as well as some detailed personal accounts of the city at the time of the earthquake. Sounds like the perfect kinda book to put in your bathroom so guests can leaf through it while they’re taking a shit. You can get more information at his website shawnclover.com.

Photos Of The Heavy Metal Scene In Botswana 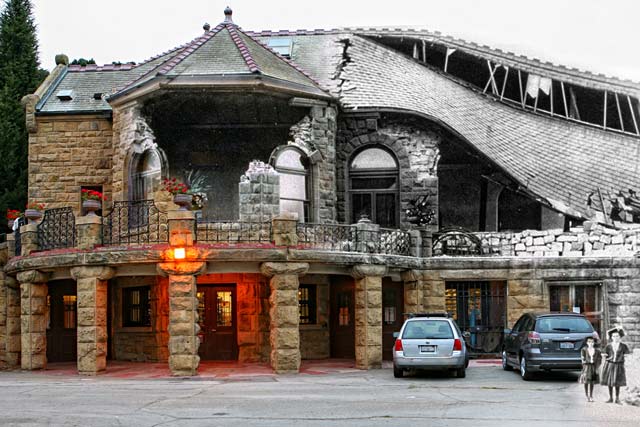 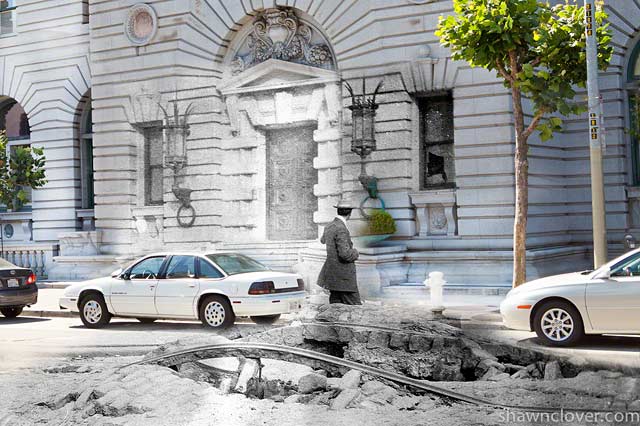 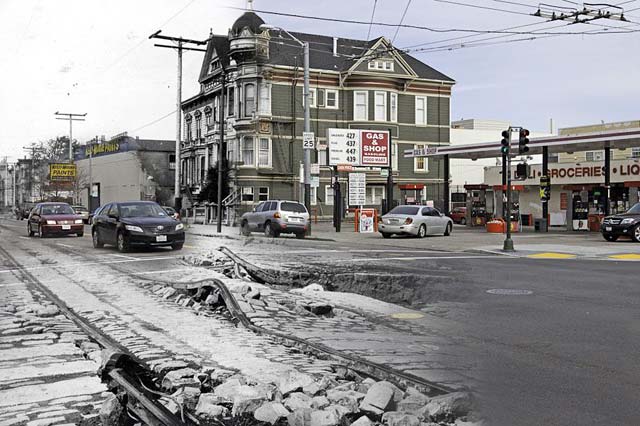 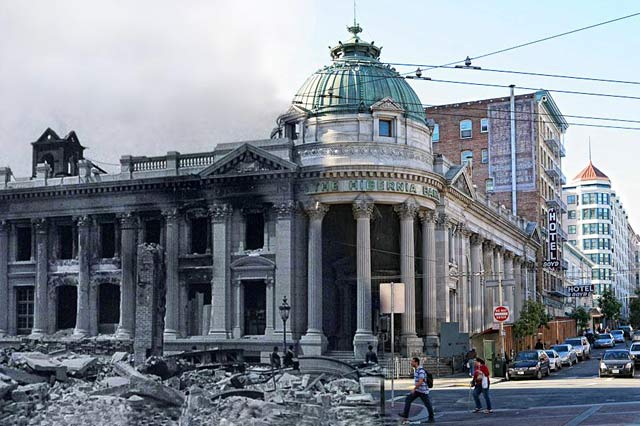 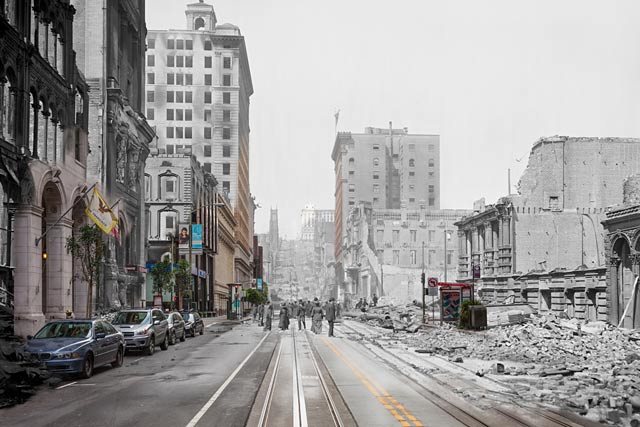 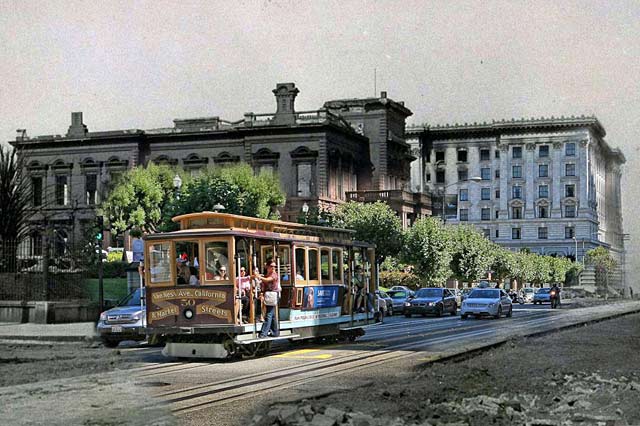 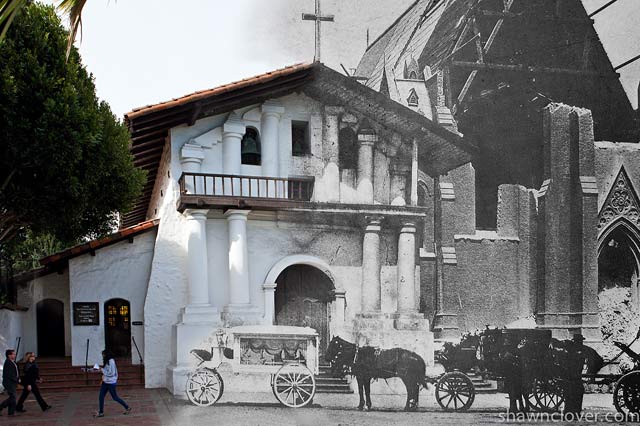 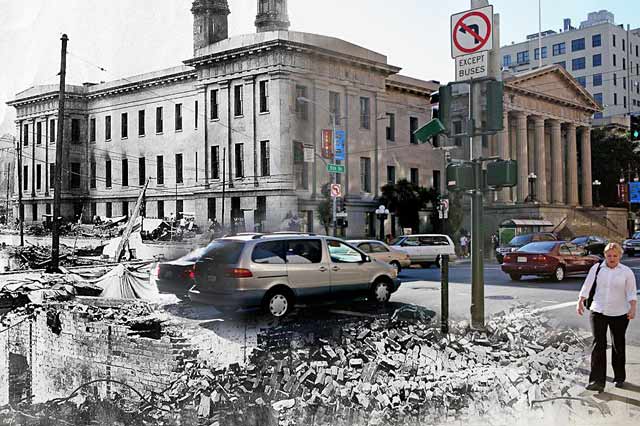 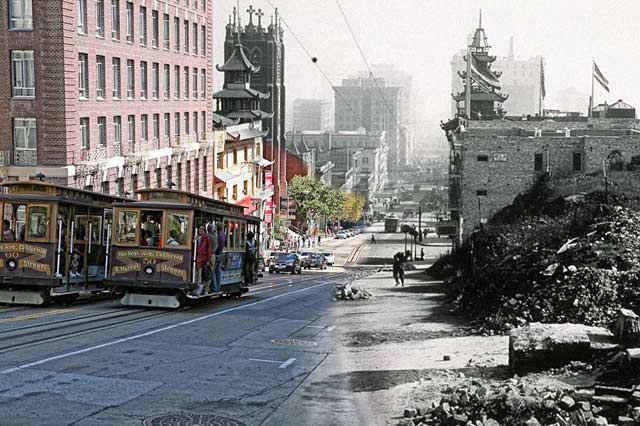 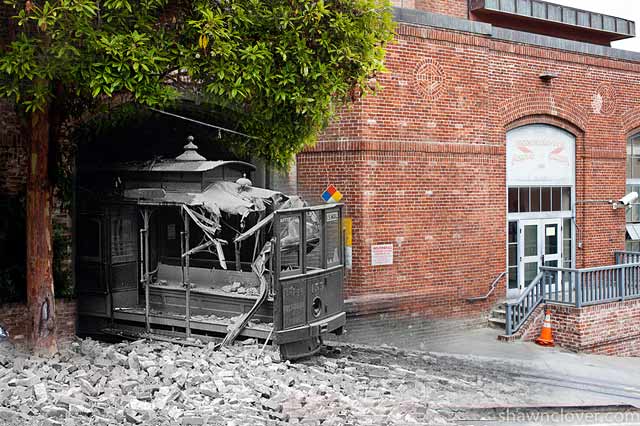 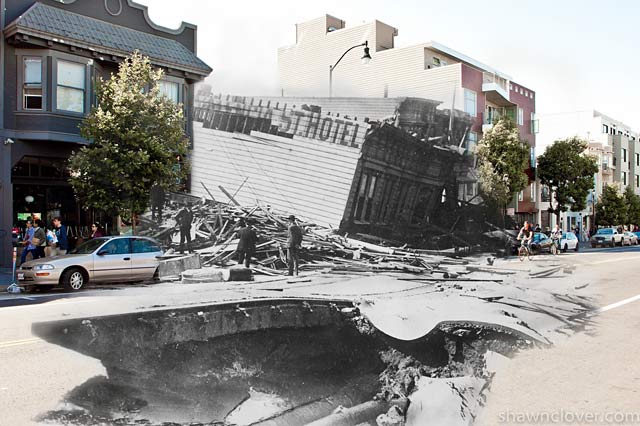 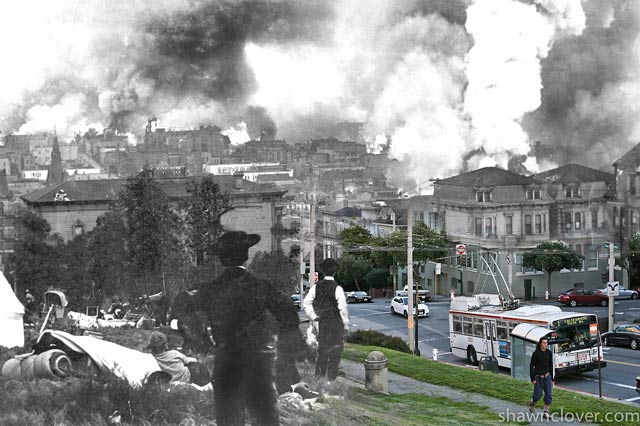