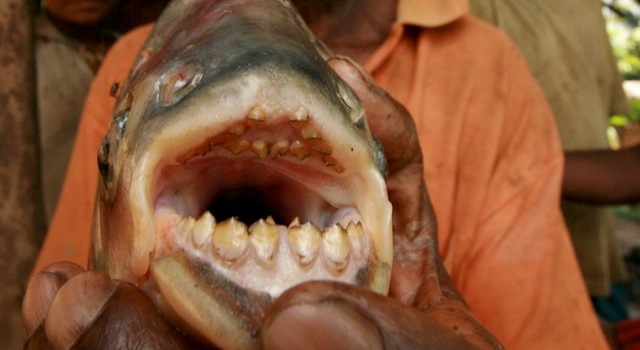 When you think of a scary ass fish that strikes fear in the hearts of the bravest men, most of you will chase that synaptic memory trail back to the infamous piranha. Whilst piranhas are undoubtedly pretty brutal skin shredders, they have an equally terrifying and less well-known cousin — the pacu.

What makes the pacu such a feared bastard is not its love for human flesh. In fact, the pacu is a vegetarian fish that feeds mainly on fruits and nuts. Yep, I know; fruits and fucking nuts. You’d think Mother Nature would give this fish a break and equip it with some legs or wings or something so it could feed on its land dwelling food out of water. But no, she made a complete ball ache for the pacu — and ball aches are what the pacu has made for us.

Next: This Living Rock Is One Of The Weirdest Creatures You’ll Ever See

Looking like something straight out of a horror movie or trippy nightmare; the pacu has uncannily human-like teeth. Teeth that look almost as bad as mine were before I went through the traumatic hell of having braces as a teenager – and teeth that have gained this fish the nicknames “ball crusher” and “nutcracker” to the natives of Papua New Guinea. 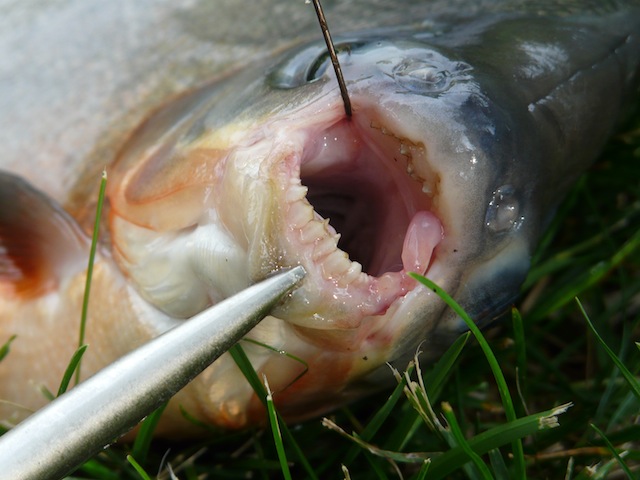 Why these nicknames? Because several stories have circulated about the pacu and its love for feasting on and devouring human balls that it has humbly mistaken for its favourite delicacy of nuts. Cringing and reaching for those giggle-berries yet?

More Man Part Cringing: Man Gets Drunk And Wakes Up Having Lost His Manhood

No? Well, a story a couple of years ago explained how two fishermen bled to death after being castrated by this fuck ugly monster and there have been many other reports on its testicle chomping nature over the years. It’s also been doing the rounds in the news this week because it’s been found in cold Swedish waters, far from its warm Brazilian home. So, cringe away and take a good look at it now in case you were planning any skinny dipping trips in Scandinavia this year

Rough looking bugger I know. Looks a bit like that wounded mate of yours after coming up off too much mandy. Anyway, the good news is it hasn’t been spotted in British waters yet and attacks on humans are rare. The one found in Swedish water was probably only there because some twat of an aquarium owner couldn’t take staring at this hideous thing anymore and just thought it was best to set the bastard free. 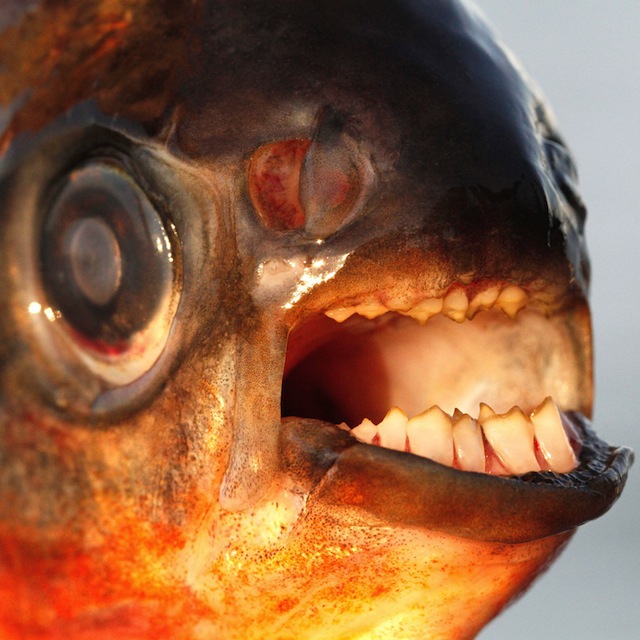 Still, I wouldn’t want to risk my nads for nobody, especially not a bollock hungry fish. So, if your balls look like nuts, which I’m sure they probably do, then take this as a warning and avoid swimming naked with pretty Swedish girls this summer. I know, I’d probably risk my nads for that too.

More Messed Up Creatures: Here Are 31 Freaky Animals That You Didn’t Know Existed