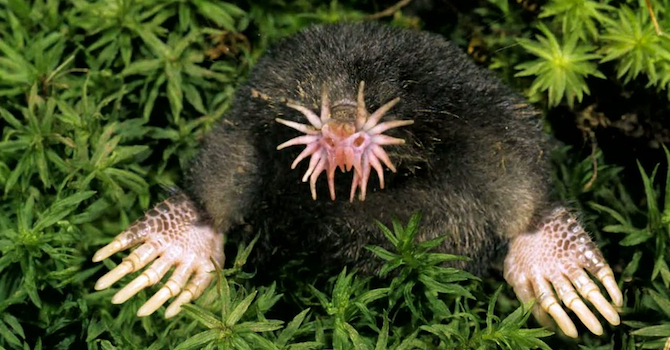 Here’s a bunch of photos and descriptions of a bunch of messed up animals that you’ve never heard of before, like the star nosed mole

I came across the imgur account of noah12345678987654321 randomly today and it was completely and utterly sick as it just showed pictures of 22 animals that I never knew existed, along with a brief description and explanation of said animal. Some of these blew my mind. I’ve just embedded the pictures and the descriptions into Sick Chirpse because they’re completely sick and I don’t really think that anything I could say could really add anything to it as I don’t actually know anything about any of the animals – I mean I didn’t even know they existed until a few minutes ago. Make sure you go follow noah12345678987654321 as I’m sure he’ll be putting up a bunch of other sick content soon though. The Dhole is a species of canid native to South and Southeast Asia. The dhole is a highly social animal, living in large clans which occasionally split up into small packs to hunt. It primarily preys on medium-sized ungulates, which it hunts by tiring them out in long chases, and kills by disemboweling them. Though fearful of humans, dhole packs are bold enough to attack large and dangerous animals such as wild boar, water buffalo, and even tigers.