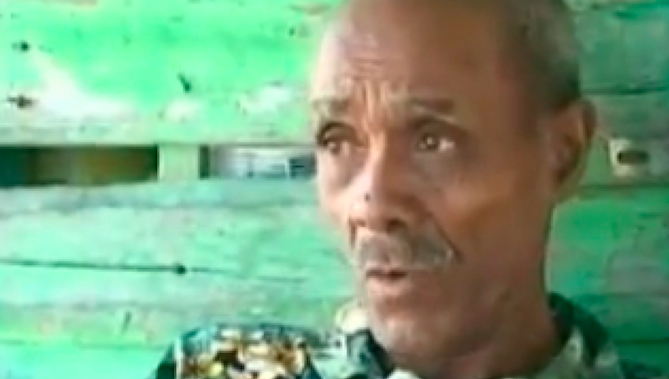 Maybe when you get shit faced you might lose your wallet or your keys, but surely not your dick? That’s what happened to this guy.

We’ve all had them crazy nights out where you wake up, not sure where you are, what you did or what your own name is. I bet you have even lost your keys, your wallet, your girlfriend or your job? How about a body part?? If you’re the same as me, I bet you’ve gotten into some right states and even broke a few bones whilst under the influence of an alcoholic beverage or two but losing an entire body part?

Well Gerald Ramos from the Dominican city of Santiago recently woke up after a particularly heavy night on the tiles, feeling really woof (come back to this in a second) to find one of his body parts missing. Quite an important body part you would probably agree, well if you are of the male persuasion of course although I’m pretty sure females appreciate them too. Yeah, you guessed it poor Gerald woke up without his pride and joy, his purple headed warrior, his meat and two veg, his cock and balls, his PENIS.

The 45 year old now ex drinker (I hope anyway) awoke with no idea as to where his beloved companion had gone but his neighbours tell him that he was attacked by a dog which munched off his manhood and disappeared into the night (feeling woof?). Apparently the supposed man’s best friend is yet to be found, along with Gerald’s one eyed trouser snake.

Only one condition – he doesn’t work with animals.

Why You Shouldn’t Drink Upside Down