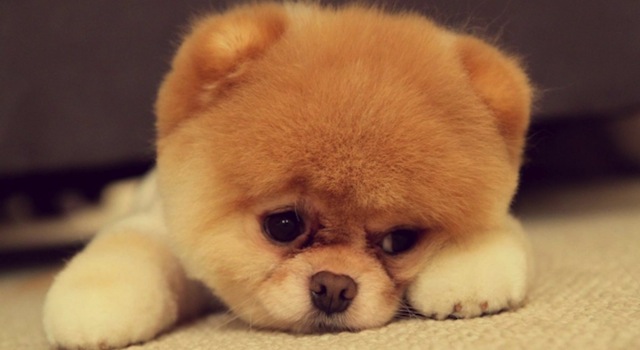 But OMG just look at how cute it is…

For this delightful tale we’re off to California, the home of the mentally unstable. The attractive fella in the mug shot below is called Ryan Watenpaugh and it turns out he’s a grade-A lunatic. 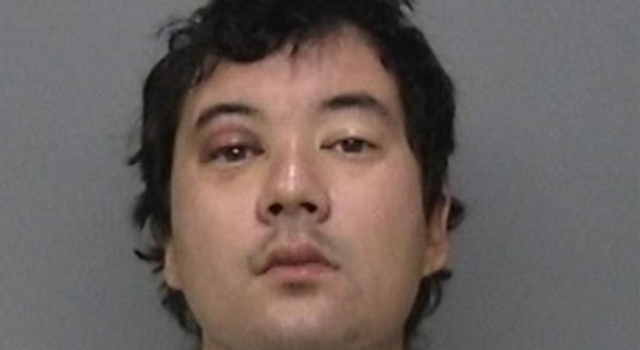 The story starts out pretty depressingly and then it takes a swift detour to weird town before plunging into a whole pool of crazy juice.

Watenpaugh had a girlfriend, that’s surprising enough, but he didn’t treat her very well at all. According to her he was violent towards her, hitting and injuring her numerous times and on a couple of occasions held her against her will when she wanted to leave. So Watenpaugh certainly isn’t one of those loveable mentals, like, say… Rob Ford.

One day after a particularly bad fight Watenpaugh’s girlfriend left their home. When she returned to make up with him she noticed that her Pomeranian dog, called Bear, was missing. Initially she thought nothing of it. They had some making up to do.

Part of the making up process invlolved Watenpaugh cooking his lady friend some din-dins, text book reconciliation stuff. The lady friend chomped down the food thinking nothing of it.

Later that evening our resident crazy texted the poor girl like so:

How’s your dog taste? I thought it was better with BBQ and those Hawaiian buns I guess u could bury what u didn’t eat… The smile on my face when you read this … priceless

Alarm bells must have been ringing pretty darned loudly in this poor gal’s brain. Just as a reminder here’s a picture of a Pomeranian. I used the cutest picture I could find so that the next bit of the story really hits you in the guts: 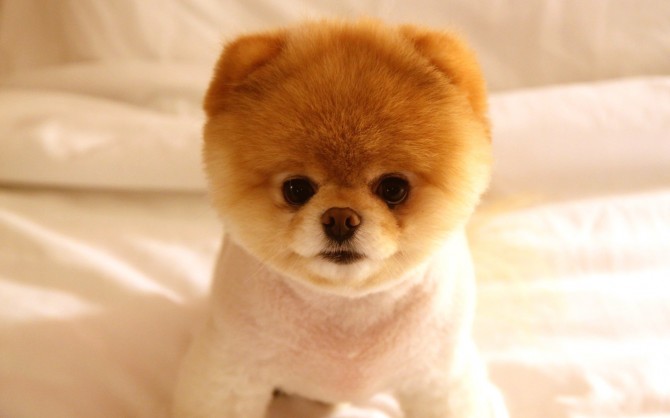 A few days later the woman saw Watenpaugh drive up to her house, drop a mysterious present outside her front door and drive off. What was it everybody? What was in the package? You’ve guessed it, it was two of poor Bear’s paws with a lovely note which read:

Burn in hell, I hate you so much it hurts. Stay away from me. I want nothing to do with you. Fuck you.

Personally I’ve got no problem with eating dogs, they’re no cuter or cleverer than a baby sheep or cow so bang it down you if you fancy it. But, eating exotic meats should always be consensual, that’s only fair. And I’m not 100% convinced that Watenpaugh would have treated Bear that nicely before or during the slaughter.

When the police arrested Watenpaugh for animal cruelty (although he still denies it), domestic violence, stalking and false imprisonment they got more than they were bargaining for. The police also found an AK-47 and enough magazines to go Postal on a large scale. He certainly sounds like the kind of guy we could do with removing from the public sphere for a while.

Having said that, if he does go down, he’s likely to come back out of jail in a couple of years (or less) with no cash, more rage, nowhere to live and nothing to lose. Aahhh… the prison system, what a waste of time and money that is.