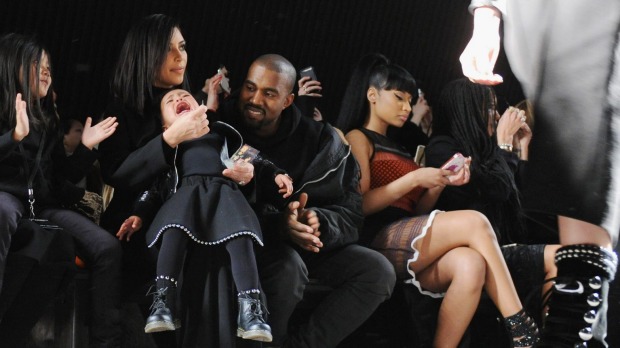 This kid is destined to become completely insane.

Many, many years from now when North West (Kanye West & Kim Kardashian’s daughter) is a screwed up teenager we’ll be able to look back at the events that led to her completely losing her marbles, and no doubt this will be one of them: 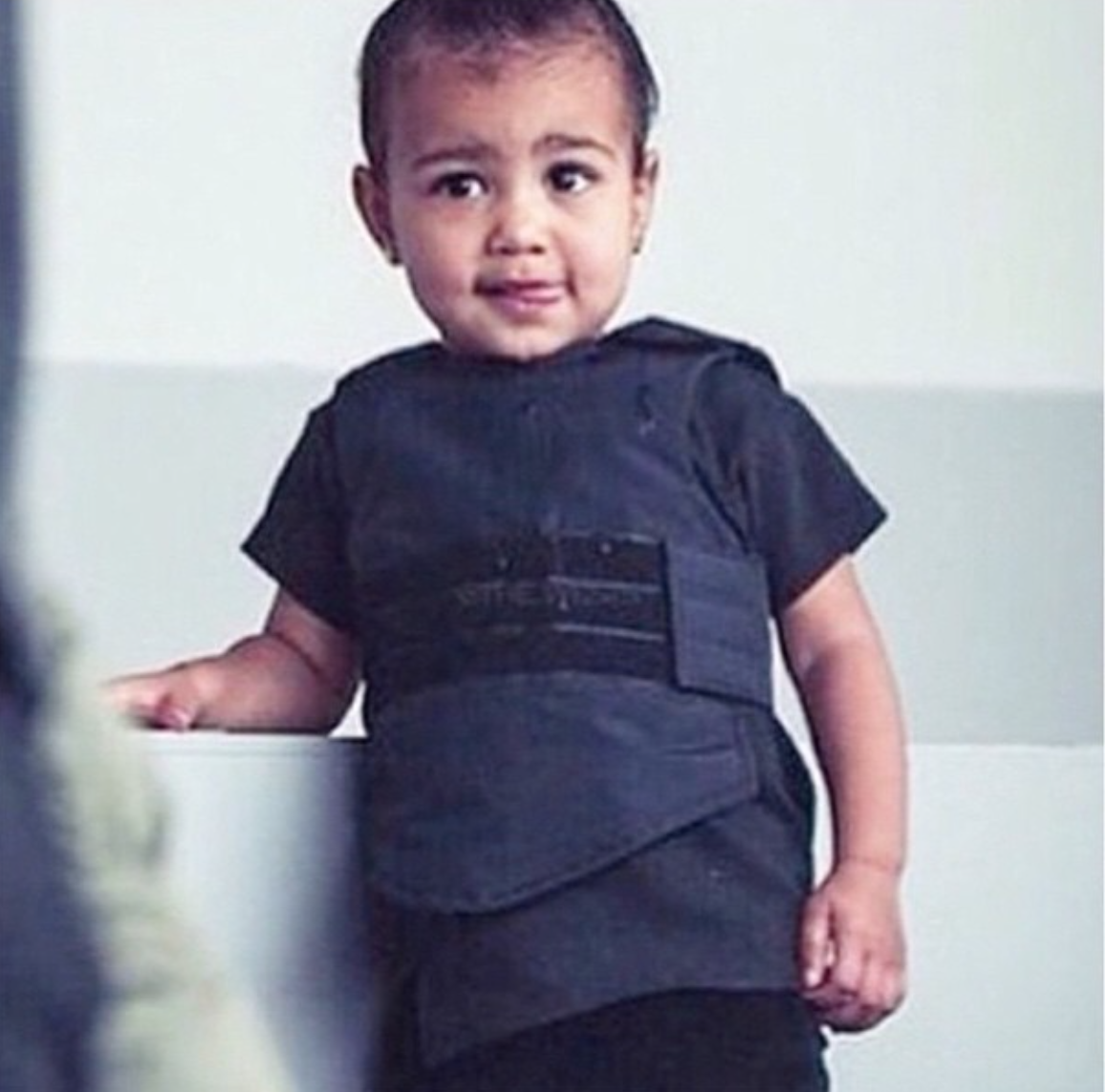 Never mind the fact it’s in this little girl’s DNA to be a completely bonkers human being.  She’s half Kanye West/half Kim Kardashian, which if you think about it is honestly pretty insane that they even made a child together. But then this will be one of those photos she’ll look back on and think OK, that was an odd move for mum to dress me up in a bulletproof vest designed by dad. Just not really something that the other kids’ parents do. But hey, Kanye gonna Kanye and Kardashians gonna Kardashian.

P.S. Or is this a warning to any rapper that might think about beefing Kanye in the future? First the bulletproof vest comes out and next thing you know North is rocking an assault rifle in the Kardashian Christmas family album. Could happen.

â˜› Read Next: Kanye West Reveals Why He Doesn’t Smile In Photographs