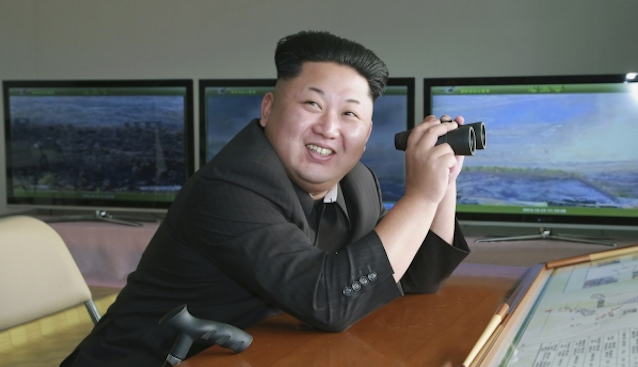 Kim Jong-un and North Korea have made no bones about the fact that they are absolutely not OK with the impending release of ‘The Interview’ starring James Franco and Seth Rogen, because it’s a comedy based around taking the piss out of/assassinating Kim Jong-un.

In fact North Korea informed the U.N. that they perceived the film as “an act of war” and that that there would be “merciless retaliation” against the US if the film is released (it will be in February).

Sony and their security consultants are now looking into a hack that may have been carried out by third parties operating out of China on North Korea’s behalf. The hackers are calling themselves “Guardians of Peace” or #GOP, and left this image/message on the computer screens of Sony employees last Monday: 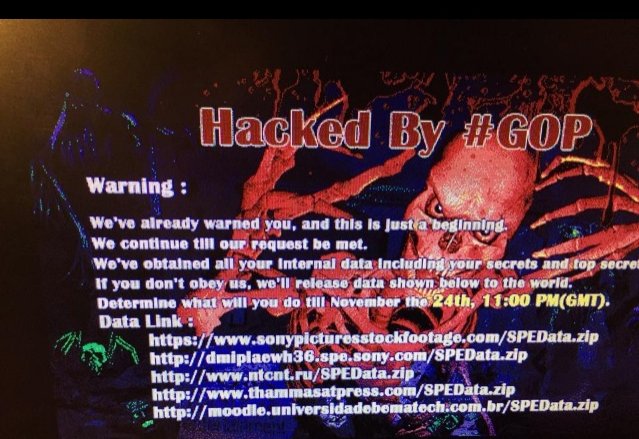 It threatens to release sensitive data apparently stolen from Sony servers if their demands aren’t met. Sony employees were locked out of their computers entirely and reportedly had to use pen/paper to do their jobs that day.

Or could this be a genius marketing move from Sony themselves to create more hype for the film? You never know these days. Still, we wouldn’t risk messing with Kim ourselves. He knows martial arts, after all.