Japan is a pretty fucked up place. Whether it be televising bug fights or licking each other’s retinas the Japanese people always seem to be doing something completely mental. Enter Noboru Iguchi, a Japanese film director with an impressive 48 titles under his belt, each one as fucked up and ridiculous as the last. 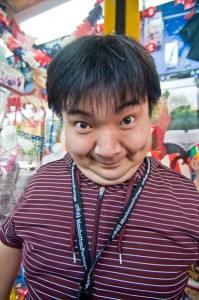 â˜› More Fucked Up Movies: 10 Films That Will Make you Lose Faith In Life Itself

Here are a few trailers for his movies on the following pages (NSFW):