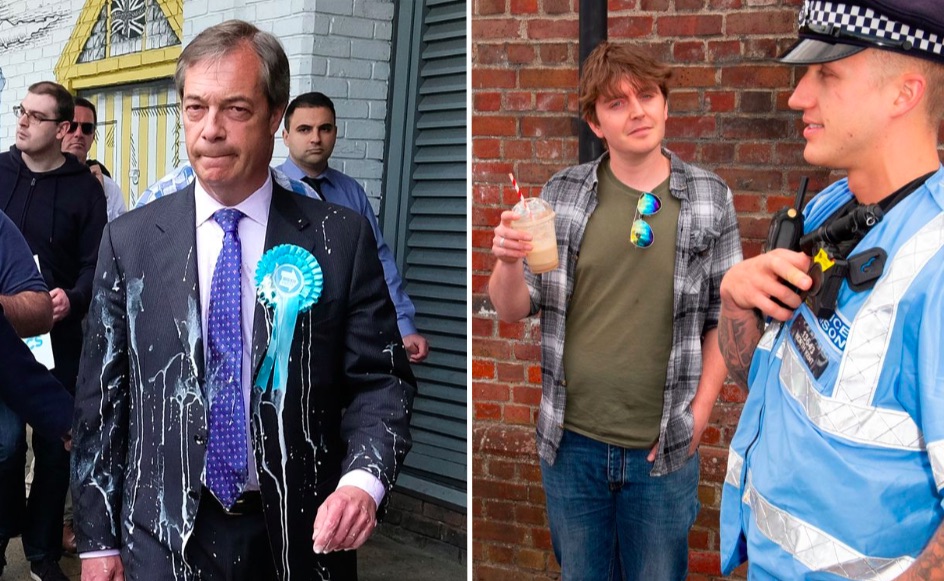 The facist on the bus goes wah, wah, wah.

Ever since former EDL leader Tommy Robinson got pelted over the head with a milkshake, we’ve seen a rising trend in similar attacks that have led the McDonald’s drink to become some sort of political weapon.

This reached new heights today when it was reported Brexit Party leader Nigel Farage was stranded on his campaign bus due to a number of people outside wearing balaclavas and arming themselves with milkshakes. 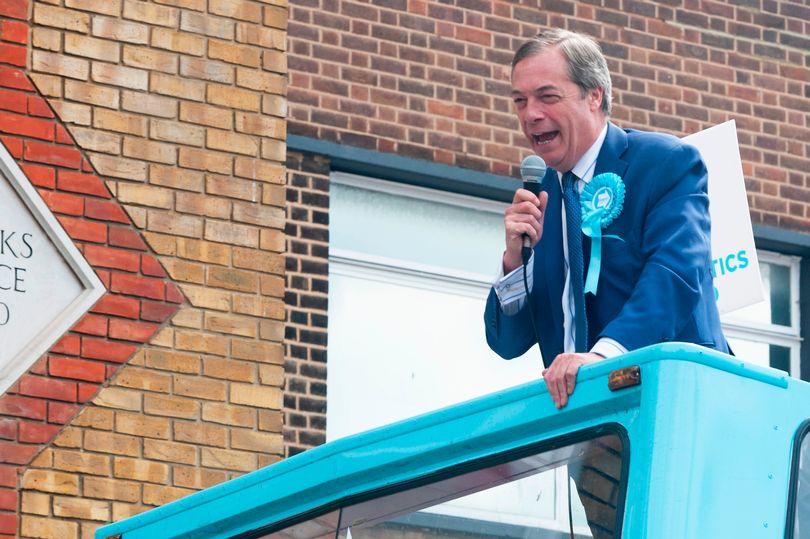 Yes, little ol’ Farage is simply too scared to risk getting doused in cold, milky substance – he’s probably traumatised from this week’s ‘attack’ in Newcastle.

Now that he’s down in Kent on the campaign trail, he’s not risking it. According to bus driver Michael Botton:

There are a couple of guys standing over there with milkshakes, they were going to throw them over him.

But the police are there, we’ve spotted them and now Nigel isn’t getting off the bus. 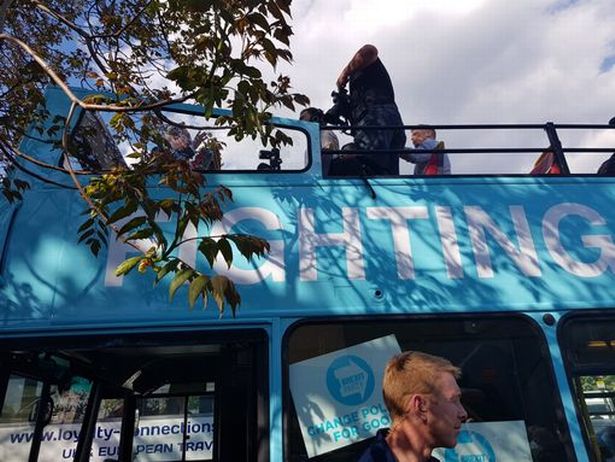 Will Rider – a Kent Live reporter who was at the scene – added:

He was stuck on the bus for ages and wouldn’t come off.

Eventually he did come off but he only stepped about a metre away and chatted to some supporters.

He got back on the bus very quickly.

In all the other places he stopped off and walked down the high street.

As well as the three men who were reported to be carrying milkshakes, a couple of dudes enjoying some nice iced coffees were also spotted speaking to police near the rally after shouting anti-Farage slogans.

Although, as you’ll see by the pictures, they surely weren’t planning on doing anything with the coffees other than drinking them… 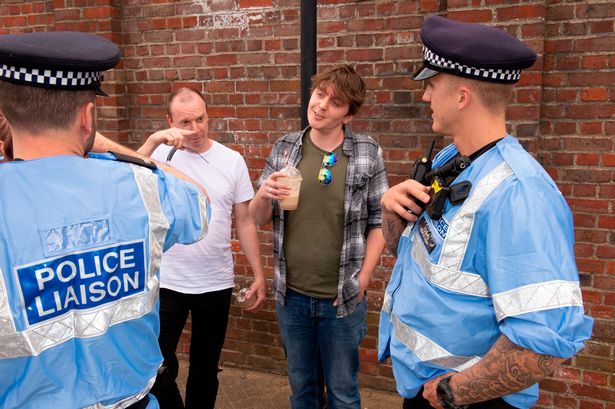 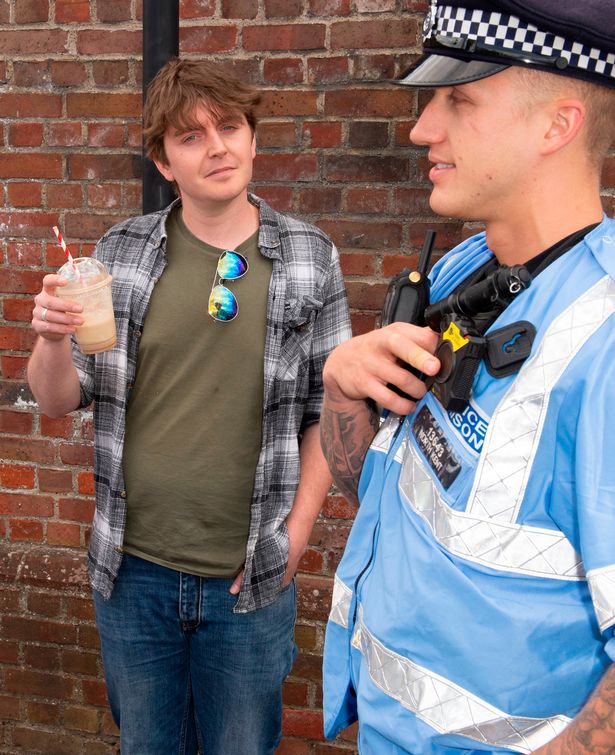 On a personal note, I’m really disappointed Farage didn’t get milkshaked (as we’re now calling it) again because the memes that follow these ordeals are always completely sick.

For the time Nigel Farage got brutally trolled during a speech about Donald Trump, click HERE.