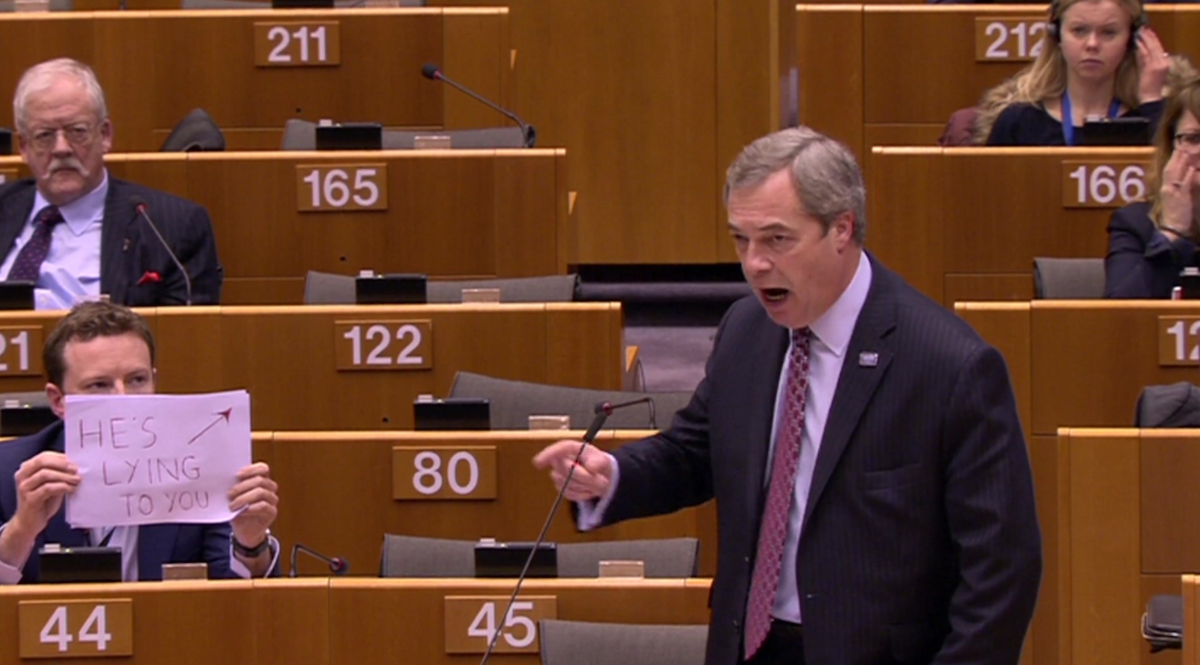 Nigel Farage got trolled big time as he gave a speech about Donald Trump in Brussels yesterday.

London MEP Seb Dance switched seats to sit right behind Farage as he gave his speech to the European Parliament – and held up a sign telling viewers “he’s lying to you.”

Simple, effective and to the point:

Fellow MEP in the European Parliament as Nigel Farage speaks. "He's lying to you" the sign says. pic.twitter.com/W8YLibFWZj

If you want a little more context:

.@Nigel_Farage delivers a speech in support of @realDonaldTrump while Labour MEP @SebDance holds up a hand-written sign behind him. pic.twitter.com/HFZbcJTCDs

The best part is that he drew an arrow on the sign as well, just in case there was any doubt as to who the person being lied to is. It’s clearly that guy right there where the arrow is pointing (Nigel Farage). Very good sign trolling from MEP Seb Dance.

For the best/worst of Nigel Farage’s political career in pictures and videos, click HERE.