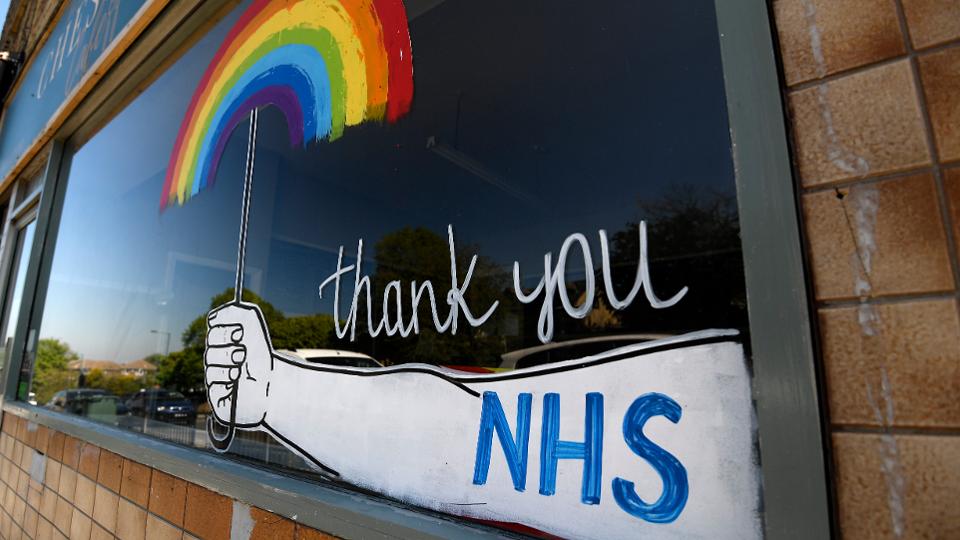 ‘Cultural appropriation’ is one of those things that keeps popping up every few months, whether it’s to do with non-Egyptians dressing up as Cleopatra for Halloween, white people dreadlocking their hair, or non-Italians cooking spaghetti (I made that last one up but I’m just trying to give a sense of how ridiculous and divisive the whole concept is).

This week we have a number of people on Twitter, and even an article from Forbes, questioning the NHS’s use of the rainbow flag. No, seriously: 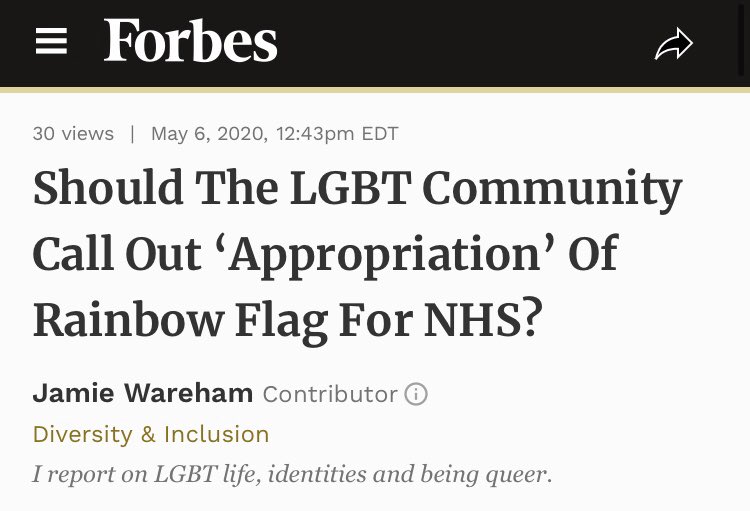 Me and my friend have had this conversation the whole time. Just wasn’t sure it was appropriate to discuss in the middle of tragedy. I am curious as to whether the rainbow will become a symbol of the NHS or for covid and ultimately be erasure of our culture.

Doesn’t sit right with me that the LGBT+ pride flag is being used as an NHS symbol flying from some public buildings. They could always use a different rainbow design like this 🌈. A flag like this 🏳️‍🌈 is an LGBT+ symbol that belongs to the community and should stay that way.

The rainbow flag belongs to the LGBT community, design your own flag if you want one for the NHS 😤

Straight white women in my mentions telling me it’s fine if the LGBT pride flag gets repurposed because it “can be anything we want it to be” pic.twitter.com/A6FYYLo6F1

Can we stop ‘repurposing’ the lgbt flag for a rainbow flag for the NHS please?

Last RT: it’s actually very uncomfortable and concerning how quickly the rainbow flag has been appropriated by cisheteros as a symbol for the NHS, the NHS might be using the rainbow right now but the rainbow flag belongs to the LGBT community.

Of course, the majority of LGBT people have no issue with the NHS using the rainbow – which is at the end of the day a symbol of hope and peace and happiness that ‘belongs’ to no one. Rainbow symbols were around in Ancient Greece and Rome and have been used in art, literature and religion ever since. Come to think of it, how is it even possible to appropriate a rainbow FFS?

Sadly, there’s always a vocal minority on the extreme end of any community who have to ruin it for everyone else by manufacturing division and tension where there previously wasn’t any. I mean imagine having any issue with this whatsoever! Hopefully just another bit of recreational outrage that no one with any stroke or influence will take seriously at all.

For the time MS sufferer Selma Blair was accused of culture appropriation because she wore a head wrap, click HERE.