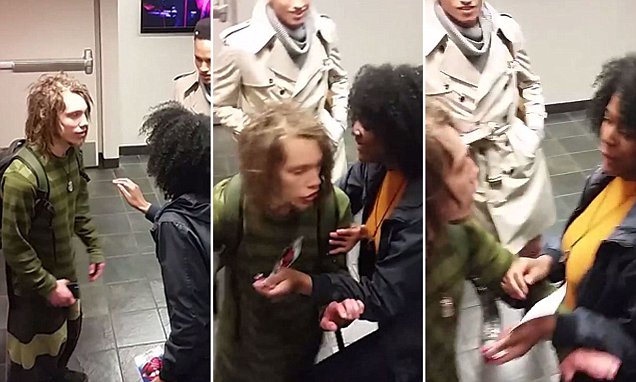 This girl is an absolute moron.

This video shows an African-American student confronting a white student at San Francisco State university campus about the fact he has dreadlocks.

She doesn’t really seem too keen to have an open conversation about the subject but instead just harasses and tries to intimidate the poor dude who just wants to get away from her.

Good on that kid for sticking up for himself and not letting that bitch push him about. That was just straight up bullying, nothing more. She wasn’t interested in what he had to say or even listening to him explain his hairstyle, she actually couldn’t care less. So then why should he have to listen to what she has to say? It works both ways.

I mean it’s not like he had the most disgusting haircut in the world – the mono-dreadlock. In that case, you could harass him all you want.